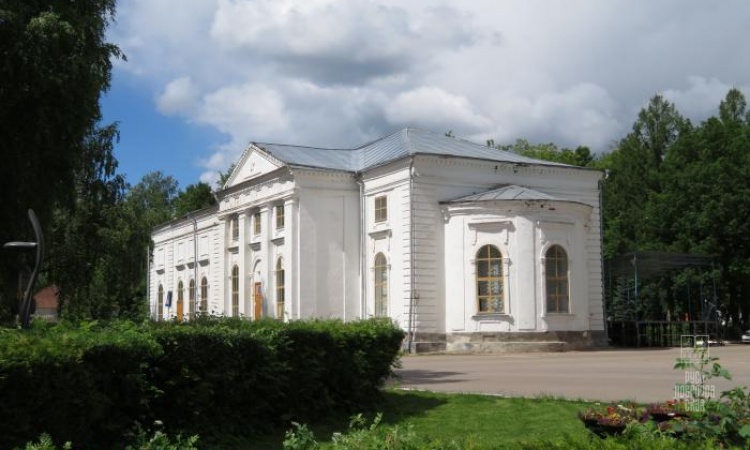 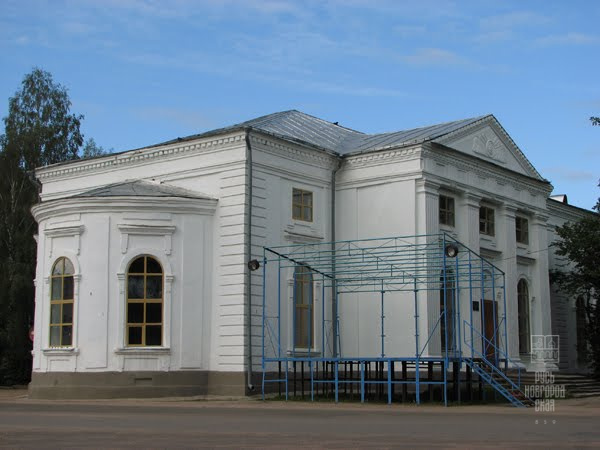 The most beautiful building in Kresttsy was St Catherine's Cathedral, ordered by Empress Catherine the Great and erected on Cathedral Square in 1777. A stone building with a stone bell tower, the church only had one altar in honour of the Great Martyr Catherine. Two more altars were added later, for St Nicetas of Novgorod on the south side, and St John the Theologian, Apostle and Evangelist on the north side. In 1849-1859, a warm church with a new bell tower was added, with two altars – in honour of the Ascension of the Lord and on the left side, the Most Holy Mother of God. The interior walls had frescoes, and the iconostasis was gilded. Frescoes were painted on the walls and on the upper tiers of the main iconostasis. Services in the new cathedral were held three times a day – two liturgies in the morning, the early and late liturgy, and the evening prayers. The main shrine of St Catherine's Cathedral in Kresttsy was the Unburnt Bush Icon of the Mother of God. At the beginning of the 20th century, some alterations were made at St Catherine's Cathedral. In 1910-1915, the wooden floors were replaced with concrete and tiles. Eight glazed tile stoves were installed for heating, and the iconostasis was painted and gilded.

The All Saints Church at the City Cemetery, built in 1815, was also subordinate to St Catherine's Cathedral. It was badly damaged during the Great Patriotic War, and its remains were finally destroyed in the 1960s.

The cathedral was closed in 1937; its domes were demolished, and the church itself was converted into a cultural centre.