On 27 September 1998, a plot of land opposite the cemetery in Demyansk was allocated for a new church, the Church of the Exaltation of the Holy Cross.

The former church of the same name built in 1878 on the city’s main square had been destroyed during the war. The church was built manually by four men, including the parish priest, as well as his son Ioann, and older women from the local parish.

The first service was held in the new church building on 5 January 1991. The Demyansk Diocese was established on 27 July 1992, to be headed by Father Pyotr. Construction of a big wooden church began next to the first brick building and on 27 September 1998, Demyansk residents rejoiced at the opening of the church. The new church was consecrated on the Russian Orthodox Feast of the Exaltation of the Holy Cross. 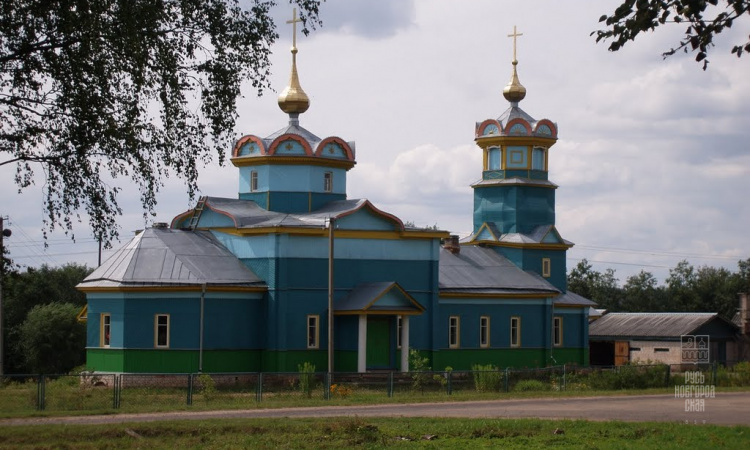