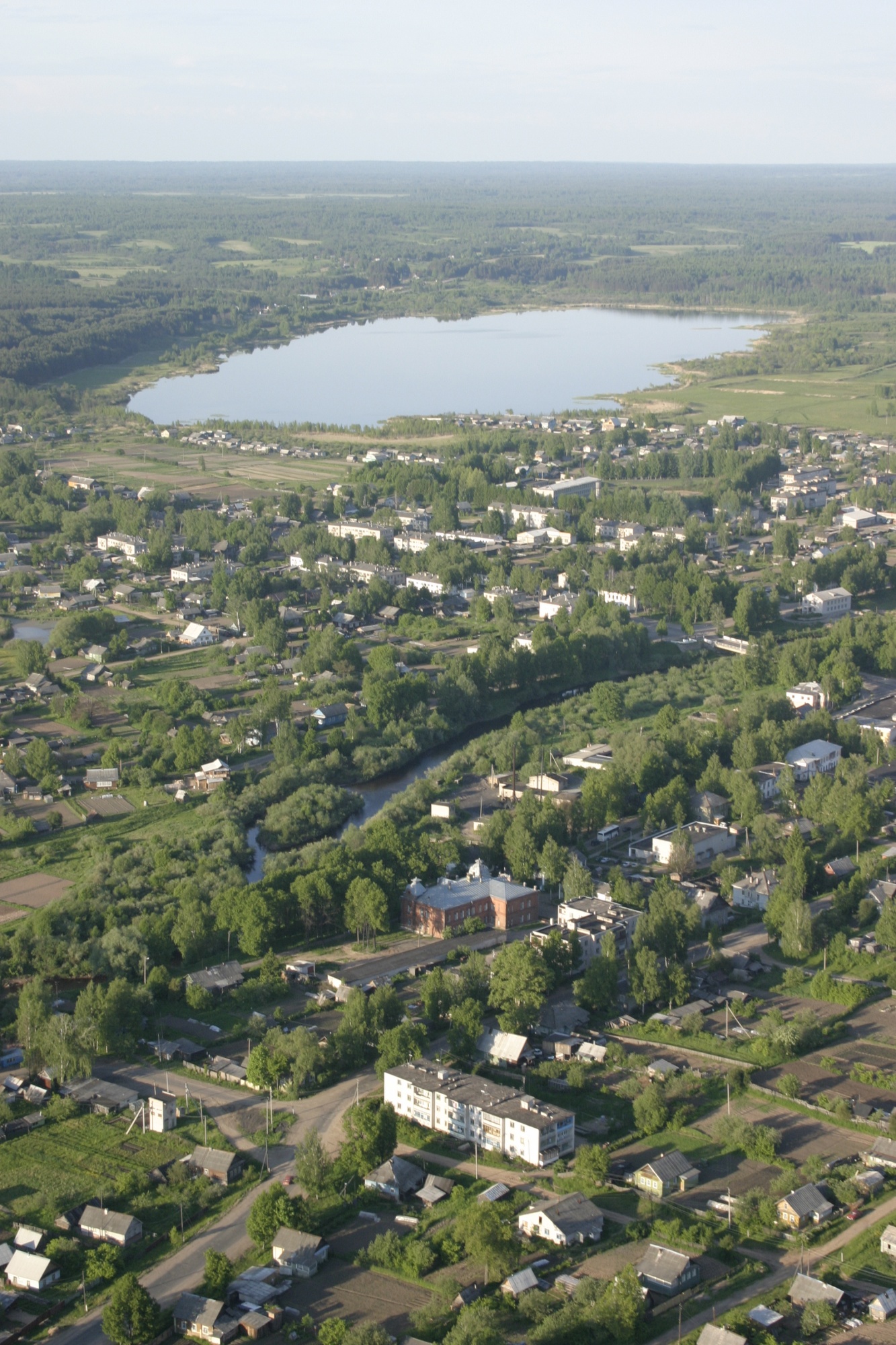 In the ancient Finno-Ugric language, Demyansk means “land of roads.” A section of the ancient Seliger Trading Route ran through this area in the past.

The land is famous for its beautiful natural scenery. There are 90 rivers and more than 50 lakes in the area. The major lakes are Velyo and the gem of Russia, Lake Seliger. The area is located between the rugged Valdai Hills and the gentle Priilmenskaya Lowland. Travelling from Demyansk to Lake Seliger, one can feel the indescribable sensation of the altitude rising from 50 to 288 metres above sea level.

The area boasts 168 archaeological sites. Knyazhna Gora Hill is one of the most prominent sites. Shrouded in the mystery of folk legends, it is a striking hill of majestic beauty, standing around 30 metres high. 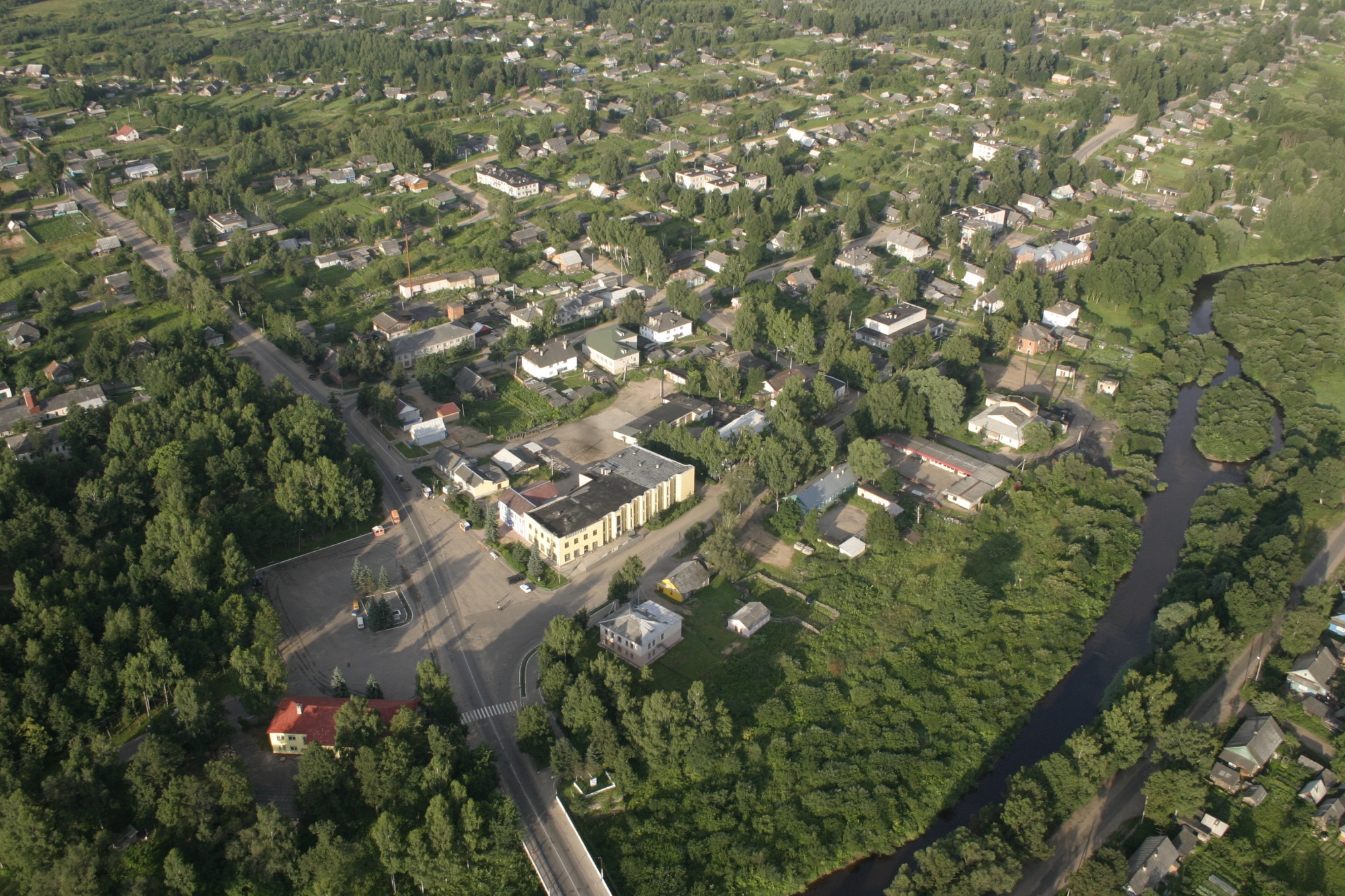 An ancient settlement was located on the Knyazhna Gora Hill between the 6th and 9th centuries. Later, until the 16th century, there was a fortified outpost, Deman on the Yavon, that protected access roads to Veliky Novgorod.

Demyansk has not just witnessed many historic events, it has lived them. It was there that Batu Khan’s horde, intent on invading Novgorod, was forced to turn around and return home. Baltic and Swedish conquerors fled these lands many times.

During the Great Patriotic War, Demyansk served as an outpost once again. It was near Demyansk that in late September 1941, troops of the Northwestern Front finally stopped the relentless advance of the Nazi troops, for the first time across the entire theatre of war. In the spring of 1942, as Soviet troops launched a counter-offensive, two corps of Germany’s 16th Army found themselves encircled in an operation that went down in history as the Demyansk Pocket.

More than 100 war memorials preserve the memory of the Great Patriotic War. Those who want to learn more about the military history of Demyansk are welcome to visit battlefields and travel down the “roads of war,” or take either of the two tourist itineraries between Demyansk and Lychkovo and between Demyansk, Tsemena and Korpovo. The tours include visits to the most prominent war memorials in the Demyansky District.

Valdai National Park takes up 12% of the Demyansky District’s territory. The park also comprises Russia’s first fish hatchery in the village of Nikolskoye, with a unique hydropark created by prominent ichthyologist Vladimir Vrassky in 1854.

The great outdoors in Demyansk attract fishing, hunting and rafting enthusiasts, vacationers seeking fun on the water and big city dwellers who just want to soak in the pristine nature.

Demyansk is renowned for its scenic lakes, so it is not surprising that it was here that Russia's first fish hatchery was founded. Prominent Russian ichthyologist Vladimir Vrassky studied and developed an artificial fish breeding system in the Demyansky District.

The museum is dedicated to prominent ichthyologist Vladimir Vrassky. He was a local nobleman deeply engrossed in the study of ichthyology. Eventually, he founded the first fish hatchery in Russia in the village of Nikolskoye.

A notable exhibit is the model of the modern system of the Nikolskoye fish hatchery ponds. The facility is part of Valdai National Park.

The Rural Council building is located in Demyansk and dates back to the late 19th century. The Demyansk Municipal District Administration currently operates from the building.

It is always fascinating to explore the houses of merchants from the past. Known for their quality of construction, and some also for their exquisite exteriors, many houses that were not destroyed during the war are still in good condition and in use. Merchant Grigory Smetanin’s house is one example.

The former merchant house, a 19th century architectural monument, is now home to the Demyansky District History and Culture Centre. This Neoclassical building is typical of the late 19th century. At the time, Grigory Smetanin leased the house to the city, which used it as the post office.

Assumption Convent was founded in the second half of the 9th century on the site of a women’s Orthodox commune in the Uspenskoye Estate, in a scenic spot on Lake Seliger. Local noblewoman Alexandra Kemetskaya founded the commune. An icon of the Assumption of the Holy Mother of God, transported to Demyansk from Jerusalem, was kept in the convent’s church and was believed to work miracles. The church also held a shrine with relics of saints.

Now the three-storey building accommodates a Polnovo secondary school. Fortunately, the building’s architecture is fully preserved, including the main entrance in the middle of the northern façade and a granite staircase to the first floor behind the main door.

In 1884, grateful residents installed a stone chapel with a dome in central Demyansk as a tribute to the liberator tsar, Alexander II.

The chapel is an example of small-scale religious architecture of the late 19th and early 20th centuries. Its design is reminiscent of garden and park decorative architecture. In the 1990s, the chapel was handed over to the Novgorod Diocese. Fragments of frescos depicting two angels holding a chalice can still be seen on the interior walls.

On the former site of the Popovo Boloto camp for prisoners of war, construction of a memorial to the soldiers who fought on the Northwestern Front began in 1975. The camp for captured Russian soldiers was built by the Nazi invaders in September 1941 after they seized Demyansk.

The memorial was unveiled on 9 May 1976. In 1975, a park was built to commemorate the 30th anniversary of the Victory in the Great Patriotic War.

There is a unique landmark of federal importance in Demyansk, a 30-metre glacial hill called Knyazhna Gora. It is located 8 km from the village of Demyansk in the direction of Polnovo.

According to legend, a young princely couple visited the place. But the place turned out to be cursed. A werebird kept flying over the tent where the couple slept, shedding its feathers. One of the feathers fell on the prince’s chest. He was found dead in the morning. The widowed princess refused to leave and, faithful to her beloved, visited his grave every day, bringing soil in her sleeves. This is how the hill came about.

Another hill, Orekhova Hill, is located 30 km to the east of Demyansk in the direction of Polnovo. The hill is the highest point of the Valdai Hills in the Demyansky District (288 m above sea level).

A rapakivi granite boulder can be found on the top of the hill. Its shape resembles a lying equilateral triangle with rounded apexes, standing 1 to 1.3 m high.

Scientists claim that the hill served as a defence or security post since the ancient times. A clear view of all directions opens up from the top of the hill.

The leading theory is that the boulder was not deposited on the hill by a glacier but brought by humans as an object of worship used in pagan rituals.

Roads of War: Demyansk to Lychkovo

The Roads of War: Demyansk to Lychkovo itinerary includes:

Workshops, exhibitions, lectures for all ages

An affordable place for the young and active, with a unique atmosphere and cosy feel all its own.

Delicious European cuisine and a wide variety of beverages and desserts.

The cafeteria is located on the ground floor of the hotel building. Accommodates 120 customers.

Visitors are guaranteed comfortable rooms with everything needed for a pleasant stay.

Sweet treats are always a popular gift to bring back from a holiday for children and adults alike. Kalita, a local factory and farm in the Novgorod Region, produces 20 kinds of sweets under the brand Knyazhegorye, including marmalade and chocolate with honey, nuts, apples, garden and wild berries. The factory uses locally sourced ingredients.

Made of organic berry juice, fruits, honey and powdered sugar, marmalade can be a light and nutritious snack. The factory also produces other healthy snacks, including various nuts in dark and milk chocolate.