It is hard to imagine Veliky Novgorod without St Sophia’s Cathedral. Built in 1045-1050, the cathedral immediately became a symbol and a patron of the ancient city. Novgorodians believed that St Sophia protected them from the Mongol-Tatar invasion: the enemy turned around as it was approaching the city. Also thanks to St Sophia, the city was saved from a devastating plague epidemic.

The cathedral has five onion domes. The sixth dome crowns the staircase tower in the western gallery to the south of the entrance. The onion domes are shaped as Russian war helmets. In the 15th century, the main dome was gilded, making the cathedral’s appearance even more majestic. The cross on the central dome is topped with a dove, the Christian symbol of the Holy Spirit. The dove features in one of the most significant Novgorod legends. The legend says that, during the Massacre of Novgorod by Ivan the Terrible in 1570, a dove landed on the cross to rest but, seeing the horrors below, turned to stone. It is believed that Veliky Novgorod will see its last day when the stone bird flies away.

One of the three entrances is adorned with the Magdeburg Gate created by German founders in the 12th century. The gate consists of 48 bronze plates depicting scenes from the Old and New Testaments. The gate was brought to Novgorod in the 15th century and only opens during episcopal services.

Centuries-old writing made using a stylus for writing on birch bark can still be seen on the cathedral walls.

Numerous icons and frescos have been preserved until today, including:
– the images of Sts Constantine and Helen
– Christ Enthroned – Peter and Paul the Apostles
– The Miraculous Icon of the Mother of God of the Sign, which protected the city during the battle with Suzdal

St Sophia’s was initially intended to be the city’s main cathedral. Centuries later, it remains an active place of worship. Everyone is welcome to enjoy this old Russian Orthodox sanctuary.

In 1929, the cathedral was closed and turned into a museum but in 1991, it was returned to the Russian Orthodox Church and re-consecrated on 16 August 1991.

Today, the centrally located St Sophia’s is the city’s main symbol. “As long as there is St Sophia’s, there is Novgorod” are the words said by Mstislav Veliky back in the 12th century that still make the locals’ and visitors’ hearts flutter.

The cathedral is a UNESCO World Heritage Site. 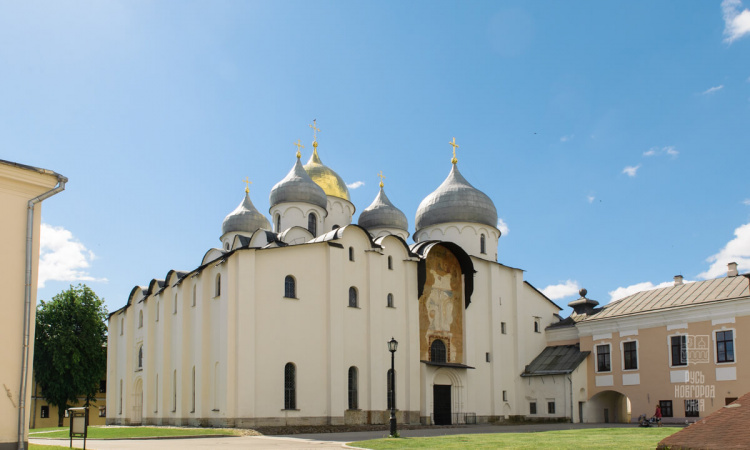 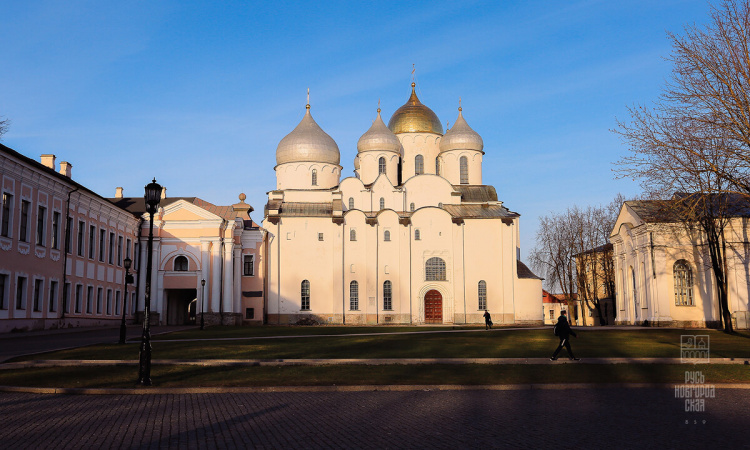