According to the Novgorodian chronicles, the church was built in 1345, commissioned by the boyar Ontsifor Zhabin, and painted in the summer of 1380, shortly before the Battle of Kulikovo. In 1941-1943, it was completely destroyed by the Nazis.

It was not until 1962 that restorers and archaeologists reached Kovalyovo. Excavations were carried out with extreme caution, as many unexploded mines and shells remained in the rubble.

In 1965, a team of restorers led by Alexander Grekov and his wife, Valentina Grekova, began to salvage the Kovalyovo frescoes. The retrieved frescoes, made by an artel of Serbian artists in just one summer, remarkable for their artistic value, are also one of the most unusual pieces of 14th century Russian art. By 1973, the restorers had carefully looked through every handful of earth and debris, retrieving about 500 boxes with broken pieces of the frescoes (about 100,000 fragments). They had done a colossal work, unparalleled in the international art restoration practice, piecing together some 350,000 fragments and reconstructing almost 200 square metres of frescoes. This was the first experiment to save the lost mural heritage.

In 1973, the church was restored to its ancient shape using the designs of architect Leonid Krasnorechyev. 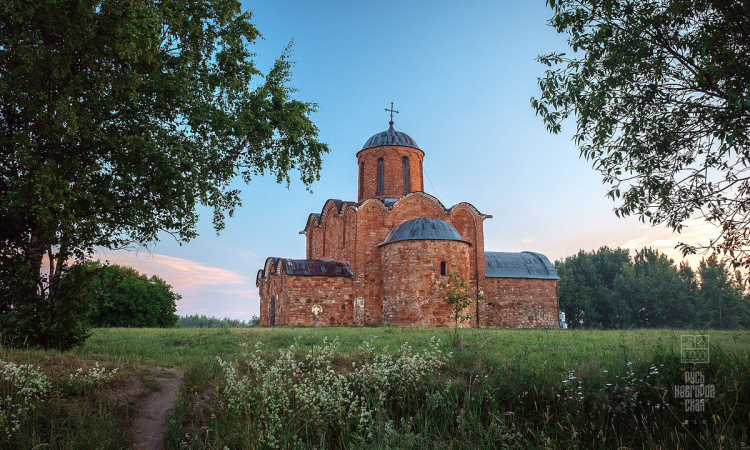