The Church of the Tikhvin Icon of the Mother of God in Uchno is an old church on the fringe of the village, around 100 km to the southwest of Veliky Novgorod.

The church stands on a hill by the side of the road and welcomes travellers as they first enter the village.

The brick church was built in 1852 on the estate of the Ovtsyn family (by the beginning of the 20th century, the estate was bought by merchant Anna Khoroshavina).

The church has three consecrated altars: the main is dedicated to the Tikhvin Icon of the Mother of God and the two others are dedicated to Nil Stolobensky and Holy Bishop Mitrofan of Voronezh, respectively.

Vasily Vikhrov was the first father superior of the new parish.

In 1937, the church was closed. During the war, the occupant authorities reopened the church but it was shut down again by the Soviet government in March 1944. The dome was destroyed and the church was turned into a horse stable, then a tractor repair workshop and a fertiliser storage.

In 1989, when the Soviet ideology was no longer all encompassing, local residents petitioned for the church to be reopened. The government did not object and in the 1990s, the Tikhvin Church was returned to believers. On 11 June 1991, a parish was established and restoration began.

Priest Anatoly Pivovarov (1941-2010) became the head of the parish in 1993 and served for more than seven years. It was through his efforts that the domes were restored, the walls reinforced and a priest house built.

As of today, the domes are restored and the west wing of the church is in good condition. Services are held in the west wing, which is separated from the east wing by a temporary brick partition. The east wing still remains in ruins. Traces of frescos can be seen on the walls.

The Tikhvin church is a quadrangle topped with an octagon below a big dome with a small onion top. The refectory connects it to the large pyramidal bell tower. Today services are not held where they were originally held but in the vestibule of the west wing. An altar dedicated to the Tikhvin Icon of the Mother of God is located there. 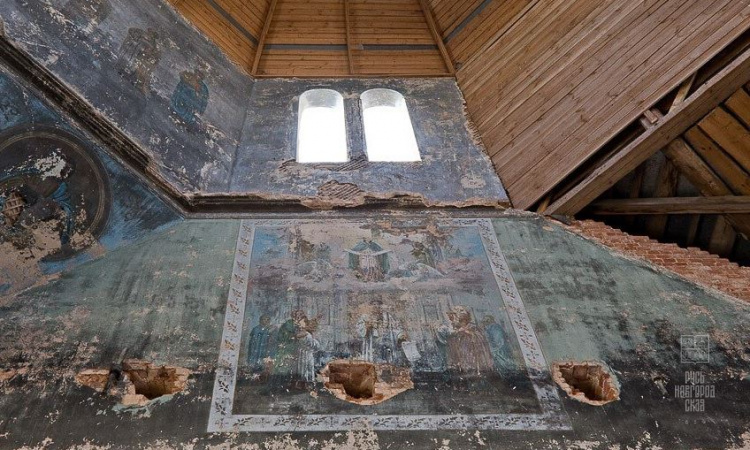 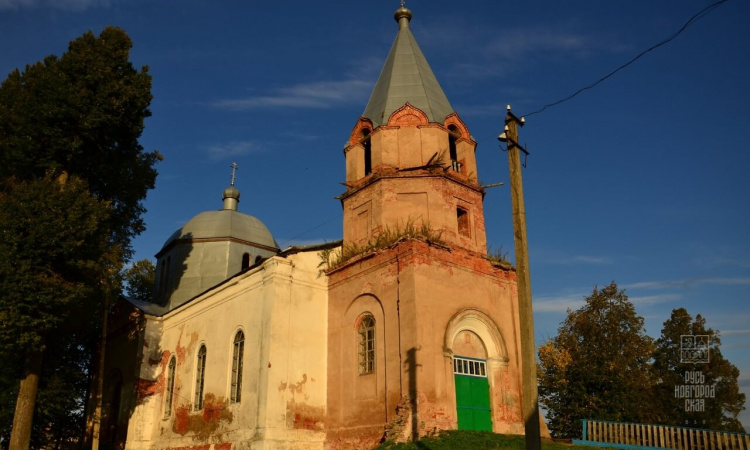