Built around 1818, the church sits on the shore of lake Peretno, in an old churchyard surrounded by centuries-old trees and shrubs. It is a four-pillared, cross-domed classicism-style church; its main part is a rotunda resting on a quadrangle. The church was built with donations from the parishioners and the local landowner, Varvara Musina-Pushkina. It still has internal painted interior walls from the early 20th century and an iconostasis designed in the Vasnetsov academic style. In Soviet times, it was the only active church within 100 km. 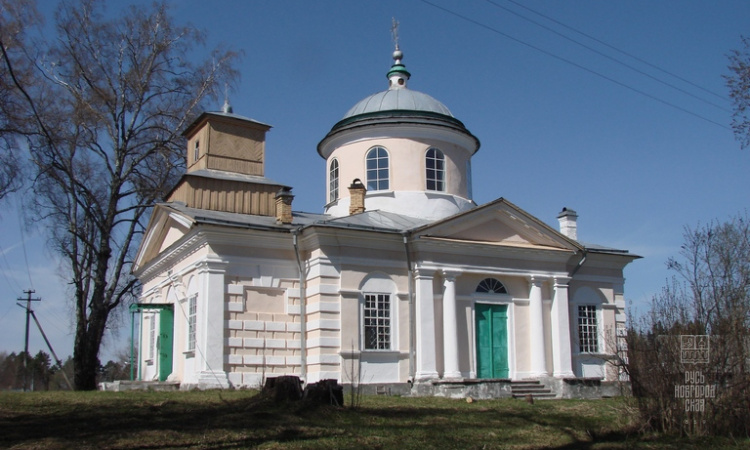 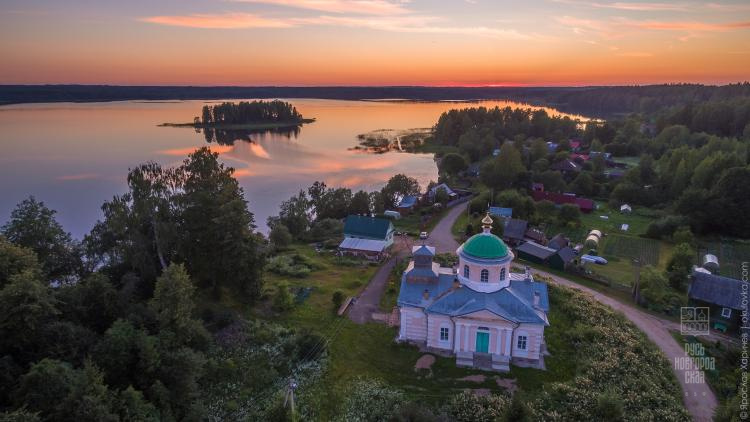 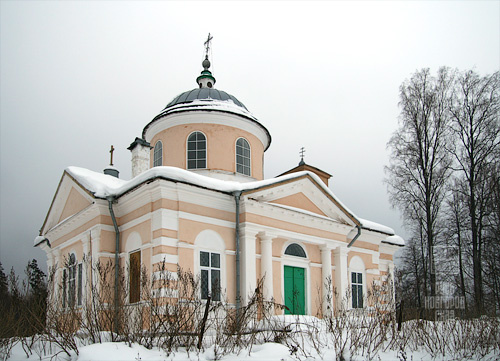