The stone Church of St Paraskeva Pyatnitsa was built in 1207 to the north of St Nicholas’s Cathedral. The Greek word paraskeva translates as Friday, which is pyatnitsa in Russian. The church was consecrated to the same saint as the earlier wooden churches built on this site in 1156 and 1191. It was erected during the Novgorod Republic, when the merchant class had an opportunity to express their artistic preferences. Funded by “overseas merchants” – those who traded with overseas countries – it was predictably consecrated to St Paraskeva, the patroness of trade. The tower-like church is unusual for Novgorod. It has a cruciform plan with three narthexes, something that had never been seen in Novgorod architecture before. Its rectangular side apses are also unusual. The gradation of volumes makes the entire architectural composition more dynamic. The facades are decorated with clustered columns. The internal space has an unusual “west-east” longitudinal orientation due to the round pillars. Art historians believe this extraordinary structure was chosen as an expression of the taste of the customers who invited Smolensk builders for the project. Research has identified 15 construction periods in the church’s history. Finally, the restorers chose the 18th century version of the cupola. The St Paraskeva Pyatnitsa Church restoration is considered one of the best such projects in Russia involving architectural structures with a complex building history.

According to legend, Paraskeva was the daughter of a wealthy Roman who lived in the 3rd century BC. As a young girl, she converted to Christianity and took a vow of celibacy. However, during the persecution of Christians, she was forced to marry and was beheaded for refusing to do so. The Greek word paraskeva translates as Friday, which is pyatnitsa in Russian. Built in 1207 with donations from “overseas merchants” – those who traded with overseas countries – it was predictably consecrated to St Paraskeva, because Friday was the day of bazaars and fairs in Novgorod, and the saint was considered the patroness of trade. The tall single-domed church has corners decorated with multiple wide pilaster strips. Some of the elements, one altar ledge in the east, and the facades crowned with trefoil arches, began to be widely used in religious architecture in the 14th ̵ 15th centuries.Open from April 1 to October 1, from 11 am to 6 pm, break from 1 pm to 2 pm. Closed on Tue, Wed. 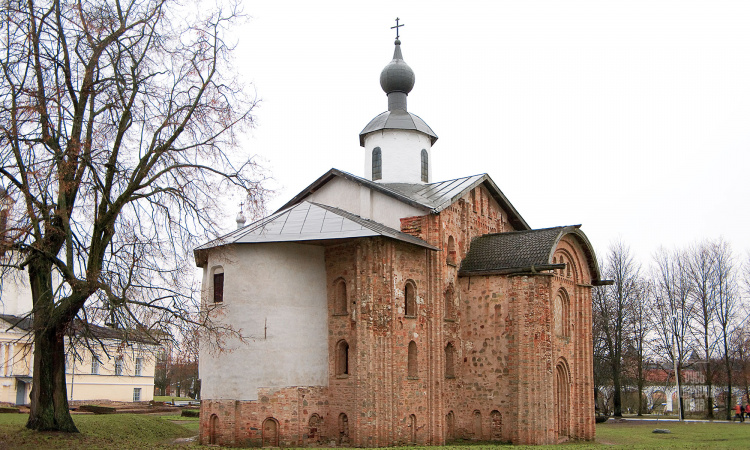