History of the Church of Holy Spirit in Gorodtsy, Volotovsky District (until July 1992)

The village of Gorodets, whose name means “a fortified settlement” which were common on the Novgorodian land, was first mentioned in the chronicles in 1498. The village possibly emerged around the Monastery of St Anthony.

The church was built between the 13th and 15th centuries during the era of the Novgorod Republic.

The 1498 and 1539 cadastres of the Shelonskaya Pyatina mention a village of Gorodets in the Slavitino commune although no church is mentioned. The church may have been built between 1570 and 1580.

The church was closed down in the 1930s and reopened during the Nazi occupation in 1941-1945. For reasons still unknown, in 1942, the church was consecrated as the Church of the Holy Spirit rather than the Holy Trinity Church like in the olden days.

In 2007, Archbishop Leo of Novgorod and Staraya Russa blessed the construction of a wooden chapel, initiated by the local residents, on the former site of the lost church. The construction was funded by private donations.

The wooden Holy Trinity Chapel was finished in 2009. The cone-shaped chapel has an original galleried structure consisting of several quadrangular frames, topped with a bell tower. 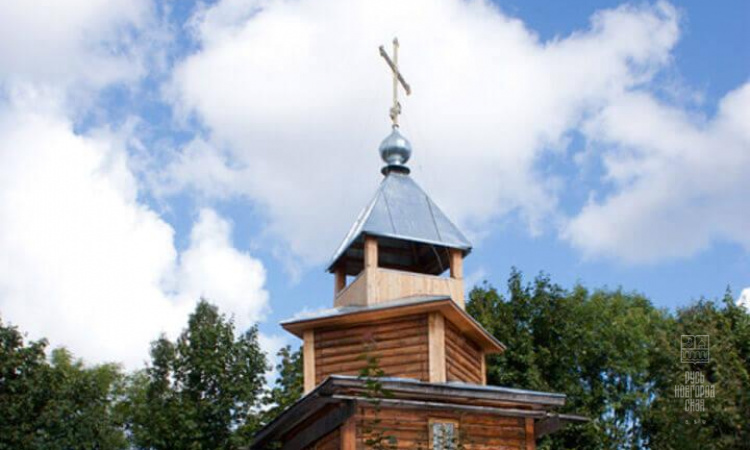 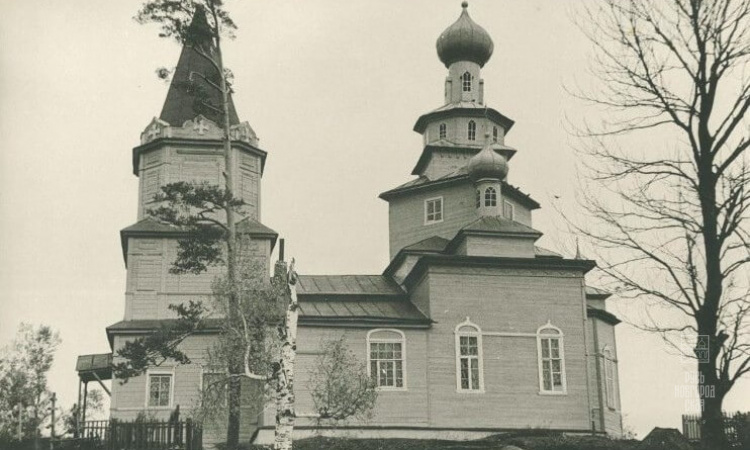