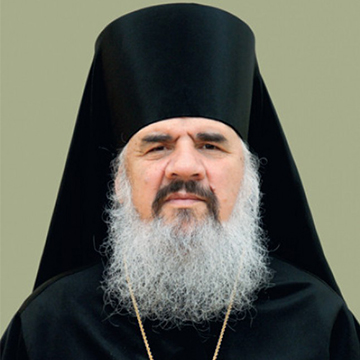 Born into a devout peasant family in the Odessa Region on 1 May 1941, Yefrem grew up to become a wise and at the same time modest and loving pastor for the congregation of the Borovichsky District, and people came to love him in return. In 1972, Metropolitan Nikodim ordained him as a priest. Yefrem started out as a priest at the Church of St Philip the Apostle in Novgorod. On 25 June 1981, he went on to become the eparch of the Borovichsky District and archpriest of the Church of St Paraskeva Pyatnitsa in Borovichi. At the time, the official attitude toward the church and its members was outright negative. It was only in 1990, with the dawn of a new era for the Orthodox Church, that things began to change. This era called for tolerance, humility, wisdom, great efforts and of course prayer. In May 1997, Yefrem became the archimandrite of the Valdai Iveron Mother of God Monastery, where he served for almost 20 years, with a brief pause. He dedicated his spiritual experience and organisational talent to reviving this famous place of worship. It was to see Father Yefrem that many people travelled to the monastery, including from Borovichi. They waited for him to come back and were happy when it happened. The Borovichskaya diocese consists of the Borovichsky, Okulovsky, Lyubytinsky, Moshenskoi, Khvoininsky and Pestovsky districts, headed by Bishop Yefrem of Borovichi and Pestovo.