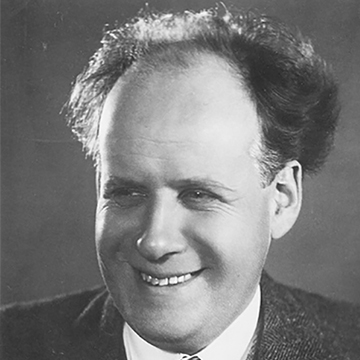 Sergei Eisenstein (1898-1948)
The list of celebrities associated with the history of Kholm includes Sergei Eisenstein. His 1925 silent film Battleship Potemkin was included in the top 10 best films of all time in 1958.
Sergei Eisenstein was born on 22 January 1898 into an affluent family of Riga’s chief architect. He graduated from the Riga Secondary School in 1915, spoke several European languages, and loved literature, theatre, photography and drawing.
In 1915, Eisenstein enrolled in the Petrograd Institute of Civil Engineers. Called into military service in the spring of 1917, he enrolled at a warrant officer’s school for the engineering corps. Sergei Eisenstein welcomed the October 1917 revolution and joined the Red Army in March 1918.
In July 1919, Sergei Eisenstein was in Kholm, Pskov Province, as part of the Latvian Construction and Roadbuilding Regiment working on a military construction site. He stayed there until the middle of 1920. In letters to his mother, he wrote: “Kholm, 27 July 1919. I have now settled here and feel wonderful, at least it is better here than in the Headquarters. My main argument is that I am never hungry (I get homemade food and even some fancy stuff). As for my transfer to Petrograd, I am beginning to have doubts… The conventional lifestyle frightens me after the free air I enjoy while working here. Moreover, I manage to nourish my mind in my current occupation. I am now reading Maeterlinck, to be followed by Dostoyevsky, Hartmann, and Ibsen. I am getting all these books from the people I know, the Zakharovs and the Durdins, very nice people they are. They are almost family to me. They have a grand piano and a brewery. By the way, the Zakharovs own half of Kholm. Every second resident here is a Zakharov.”
“Kholm, 7 August 1919. The most important news is that we are creating a theatre. We have what we need – construction workers who are amateur actors and used to play on stage back in Nyandoma. I oversee production and directing.”
The purpose of the amateur theatre was of course to promote the Soviet power.
In 1918, peasant uprisings against the Soviet power swept through the Kholmsk District of the Galibetskaya Area. In 1919, peasants in Toropatskaya Area revolted against the multiple duties they had to pay. Each time, the Red Army stepped in to suppress the unrest, and executed rioters by firing squad.
It was in Kholm that the Galibetskoye Uprising play was written, probably by Eisenstein. In mid-1919, the Kholm actors showed it in Kiyevichi, Rovenskaya Area. In all likelihood, Director Sergei Eisenstein was in the audience. Kholm saw this play only once.
After the war, Eisenstein, a man of many talents and hobbies, joined the vanguard worker’s Proletcult Theatre as a director and set designer.
In 1921, Eisenstein enrolled in the State Higher Directing Workshop, headed by Vsevolod Meyerhold, his idol. However, Sergei left his teacher just a year later to embark on the creative path of his own. Still, it was thanks to Meyerhold’s teaching that Eisenstein developed his own style and aesthetic. He filmed his first motion picture, Strike, in 1924, which told the story of a worker’s strike at a Russian factory. Already in this film he used techniques that would later make it into the curriculum of all film schools: metaphors, montage techniques, and a sense of rhythm. The next film, Battleship Potemkin, came out in 1925 and told the story of an uprising on a ship. The scene where a peaceful crowd comes under fire made it into the annals of cinema. This masterpiece by Eisenstein is second to none by the number of accolades it received, and always makes it into the best of the best rankings. It is a silent film, but Eisenstein still managed to achieve great expressivity through montage editing techniques. Eisenstein himself described it as “a loose montage of random impacts for achieving a specific themed effect.” There is no storyline in Battleship Potemkin in a traditional sense. Built like a chronicle, it is a drama. This film became a classic of the new cinema art. It was followed by October in 1928, a film about the 1917 October Revolution, completing the trilogy on the Russian revolutionary events.
In 1930, Eisenstein headed to Hollywood as a representative of the young Soviet cinema. He wrote film scripts, but studios could not work with him because of rampant anti-Soviet propaganda. Upon his return to Russia, Eisenstein focused on research, wrote articles, and prepared lectures. He published The Film Sense in 1942 and Film Form in 1949 on colour, sound, and editing. These books served as manuals for everyone working in the film industry. In 1938, Sergei Eisenstein filmed Alexander Nevsky, his first sound film. It tells the story of Russia’s victory against the Teutonic Knights. It is considered to be one of Eisenstein best films. He received the Stalin Award for it. During the Great Patriotic War, the film played a big role in Soviet publicity campaigns.
Eisenstein and his crew filmed Ivan the Terrible in 1945, continuing their experiments with sound, colour, and editing techniques. For this film, Eisenstein received his second Stalin award. He did not live to see the release of the second part of the film. In it, he reflected on the cruel nature of power and showed that dictators get their power at the cost of loneliness and a guilty conscience. Stalin did not like this perspective, and Eisenstein had to rework the film. However, on 11 February 1948, his heart stopped beating.