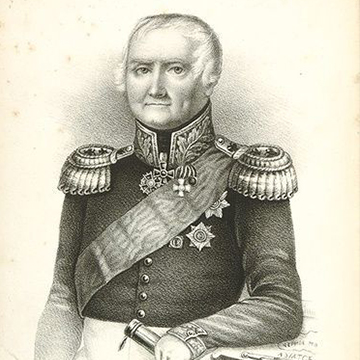 Semyon Pustoshkin was a prominent Russian Admiral and senator. He graduated from the Naval Cadet Corps and entered the Navy as a midshipman. In 1783, Lieutenant Pustoshkin was transferred to the Black Sea Fleet. In just three years, he commanded the Pchela, a legendary reconnaissance ship, which provided a lot of valuable insights to the Russian command on the Turkish fleet and Mediterranean fortresses. A Rear Admiral at the start of the Russo-Turkish War, Pustoshkin participated in defending Ochakov, distinguished himself in battles near Kherson and during the siege of Izmail, and commanded the Sevastopol and Nikolayev fleets. In 1811, he returned to the Baltic Sea. Pustoshkin was elected to the State Admiralty Collegium and the Independent Economic Council and joined the Senate in 1827. He passed away at an old age. His funeral took place at the Volkov Cemetery church in St Petersburg. Semyon Pustoshkin was born and grew up in his family’s estate Chernetsovo, which belonged to the Ustrekskaya area of the Borovichi District after 1776. His farther also worked for the Navy as a ship designer, recognised for his skills by Peter the Great himself. Upon his retirement he settled in his Borovichi village and rarely left this place.