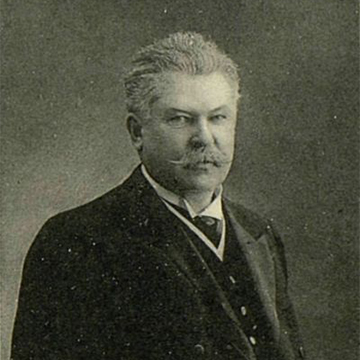 Prince Shakhovskoi was aide-de-camp general, head of the local militia in Kholm, Governor of Pskov Province, Privy Councillor, awarded the Orders of St Anna, 2nd and 1st class. He owned an estate 38 kilometres from Kholm.
There was a time when Shakhovskoi served as head of the Kholmsky District militia, Pskov Province. For his service, Alexander I decorated him with a gold medal in 1807. In 1811, he became Governor of the Pskov Province and was promoted as Privy Councillor in 1812.
Shakhovskoi repurposed the governor’s mansion as a hospital, and six years later donated his official apartment again, this time to a boys’ school.
During the war of 1812, with the enemy approaching the Pskov Province, he kept the regional administration in order. He also had to administer the Vitebsk Province until former Governor Lesher’s return after the province was liberated from the French.
As governor, Shakhovskoi always worked for the benefit of the province and its treasury. In 1811-1813, he collected over 2 million roubles in overdue debts.
However, his career in the public service had a grim ending. In 1816, he resigned from public service under the pretext of poor health. However, the real reason was that Shakhovskoi had been slandered by two doubtful characters, a Kholm police inspector Vendegak and a district court clerk Cherepnin. Sued by the governor for embezzlement, their brutal behaviour and price gauging, the two slandered the prince, accusing him of failing to perform his duties. The court acquitted both Vendegak and Cherepnin and dismissed all charges.