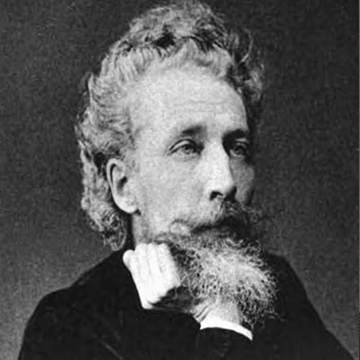 Pavel Zasodimsky was a Russia writer and democracy activist, who came from an impoverished noble family in the Vologda Province. He worked as a teacher in the Borovichsky District’s village Bolshiye Megletsy for several months. In Smurino Chronicles, his magnum opus that he started writing during the time he spent in the region, he described the way reforms affected the peasants. His perspective is that of a crusader for social welfare, typical of the young generation of educated classes and noblemen. Published in Otechestvenniye Zapiski magazine in 1874, it brought the author fame among the reading public of that time, opening the doors to editorial desks and publishing houses. He worked a lot, and provided for himself and his wife, Alexandra, with his literary undertakings, which sufficed since the couple did not have children. He penned articles, essays, short stories, novels, and travel notes. Pavel Zasodimsky spent the last four years of his life in 1908-1912 in Zhadiny estate of the Borovichsky District, as well as in Opechensky Posad, where he bought a home. It is there that he passed away on 17 May 1912. What remains of him is his house with a memorial plate on the Msta embankment in Openechenskoye, as well as his tomb, surrounded by a birch grove near the renovated Assumption Church.