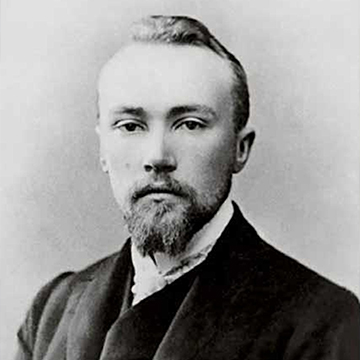 Nikolai Rerikh was a world-famous Russian artist, archaeologist, philosopher, writer, poet, and public figure. He left an enduring creative legacy: about 7,000 paintings are displayed in the largest museums around the world and in private collections, he wrote and published about 600 research papers and essays, poems, and prose. The Novgorodian land played a big role in launching his creative career. He visited Borovichi and its surroundings in 1900s-1910s to study archaeological sites: neolithic campsites, towns, mounts and other burial sites. During the same period, he created many studies for his future paintings and produced landscapes of Valdaika, Uver, Msta rivers, as well as Piros, Lyuto, Peleno, Sheregordo and Korobozha lakes. It was in the Smentsovo estate in the Borovichsky District that he wrote his famous essay Untapped Chalice in 1916.