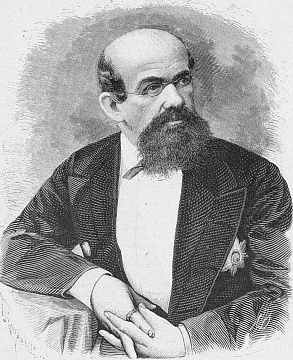 Nikolai Putilov was born in the Borovichsky District in 1820. The Russian government ordered him to develop cast iron projectiles and he succeeded in this mission, depriving German manufacturers of their monopoly in this type of ammunition.
In mid-19th century, he bought a bankrupt mechanical iron works and foundry and by 1872 transformed it into the main production site of the Putilov Plant Society. He produced weapons and steel, including for exports, helping Russia end its dependence on English imports. His last project was to build a seaport and a canal in Kronstadt, St Petersburg.