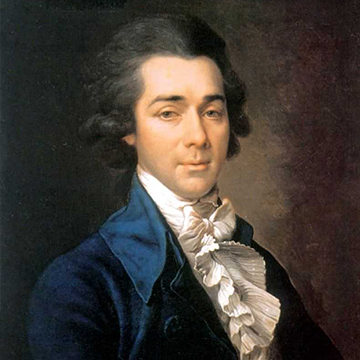 Nikolai Lvov was a researcher and inventor, architect, artist, writer, translator, poet, musician, member of the Russian Academy of Sciences, honorary member of the Petersburg Arts Academy, one of the most brilliant and accomplished minds of the Russian Age of Enlightenment. He designed the Central Post Office, the Nevskiye Gate in the Peter and Paul’s Fortress, the Priory Palace in Gatchina, several estates, St Catherine churches in Valdai and Murino. There are reasons to believe that it was Lvov, or his students, who designed the St George Church in Shegrinskaya area’s Yuriev (Okulovsky District), and the Assumption Church in Bor, Stepanovskaya area (Lyubytinsky District). Lvov translated a text by Palladio, a renowned Venetian architect. Lvov’s stay in and around Borovichi is primarily related to his service in the Mining Department. In 1780s and 1790s he worked here on coal deposits and oversaw coal mining near Borovichi in 1797, while also studying coal’s properties as fuel and raw material for making coal tar resin, sulphur, coking coal and “stone cardboard.” In 1799, he published an essay on the benefits of using Russian coal. While in the Borovichi area, Lvov also studied everyday life of peasants, writing down folk songs and their tunes. In 1790, he published a collection of Russian folk songs in two volumes, based on his notes from Borovichi. Those who studied his family tree argue that he may be related through his mother to the Kostyurins, an ancient family from the Novgorodian land who owned an estate on Lake Piros near Borovichi.