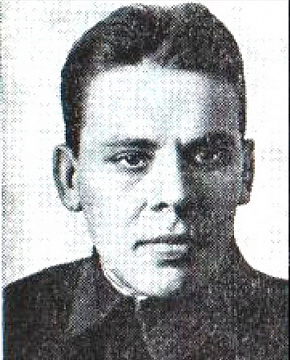 Ivan Ulyanov was born in 1914 in Fomino, Malovishersky District, into a peasant family. He went to primary school, but afterwards, for reasons that remain unclear, ended up in an orphanage. He ran away and lived on the street for six years, travelling across the entire country. Ivan returned to Malaya Vishera when he was 15. A distant relative taught him the hairdresser’s craft. Just three months later, Ivan was working in Malaya Vishera and Leningrad.
Ivan Ulyanov joined the Red Army in 1936, also as a hairdresser. Called into active service in 1939, he had to start shaving and cutting hair once again. This is when he volunteered for the reconnaissance unit of the 168th Rifle Regiment, 24th Rifle Division, Northwestern Front’s 7th Army, stationed right on the border with Finland.
In December 1939, with the Soviet-Finnish war underway, private Ulyanov, his friend Nikolai Ivlev and Kuzovkin, another Red Army soldier, were sent on a reconnaissance mission to explore the road to be used during an offensive. The detachment penetrated the enemy camp and captured a prisoner, who told them that there was a major enemy force near Akhiyarvi Lake. Valuable as this information was, it had to be verified, so Ulyanov headed for another mission.
On their way back, Ulyanov and his comrades overpowered two gun posts with machine guns.
Ivan Ulyanov received the Hero of the Soviet Union title on 15 January 1940.
In 1941, he completed a training course for sub-lieutenants and fought on the Great Patriotic War frontlines from June 1941. He served in the positions of a military commissar in a reconnaissance battalion, and as a deputy to head of his division’s political department. In 1944, Ulyanov completed the Vystrel training course.
He retired from active service after the war as a major, and in 1946 settled in Murmansk, where he worked on a fishing boat operated by SevRybKholodFlot.
Ivan Ulyanov received the orders of Lenin, October Revolution, orders of the Patriotic War, 1st and 2nd class, as well as several medals.