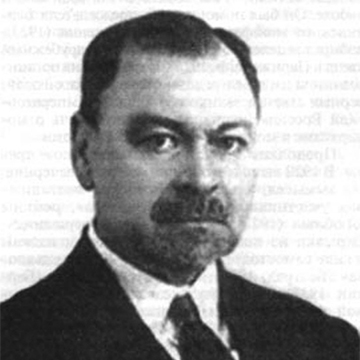 Ivan Rodionov was a Russian writer, essayist and observer, descendant from a noble family from the Province of the Don Cossack Host. He moved to Borovichi in 1905. After retiring he married the daughter of A. Kovanko, an engineer from the Ustiye estate. As a writer, he became famous in 1909 with the publication of his novel Our Crime, based on his experience in Borovichi. The novel was so popular that within the following year, it had to be reprinted five times. Ivan Rodionov’s prose attracted readers by his sober, terrible, and cruel descriptions of ordinary people as “uncivilised and embittered drunks, unable and unwilling to work.” Many praised Rodionov as a writer, including Leo Tolstoy himself: “His has a beautiful, grassroots language.” Rodionov took part in the First World War and the Civil War, and died in Berlin, where he emigrated. Only one building remains of the Ustye estate, which is now home to a post office.