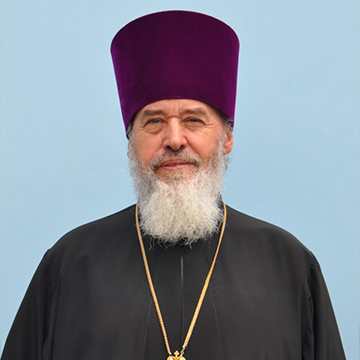 For almost a decade, between 2002 and 2012, Father Valery served as an archpriest in the Borovichi District, and as an archpriest at the Bishop’s Metochion of the Monastery of the Holy Spirit. Born in Borovichi on 5 December 1946, Valery Dyachkov graduated from secondary school No 2, and went on to study at the Leningrad Engineering Institute in 1965-1970. He worked as a foreman at the Krivoi Rog Metal Works (1970-1974), then became an engineer in a design bureau (1974-1975), and completed his military service in Siberia (1975-1977), where the young lieutenant took part in the construction of the Baikal-Amur Mainline. In 1980, Valery Dyachkov moved with his family to Novosibirsk. It was here that the life of an ordinary Soviet engineer suddenly changed. In Novosibirsk’s Akademgorodok there is the Church of All Saints Resplendent in Russian Land, where he met Archpriest Boris Pivovarov, a theologian, who would become his spiritual father. The Dyachkovs returned to Borovichi in 1994. Valery Dyachkov worked as an engineer in Mstator’s foreign trade department, and then headed an advertising bureau where his photography talent came in handy. On 4 March 1996, in the Sofia Cathedral, Archbishop of Novgorod and Staraya Russa Lev ordained Valery Dyachkov as a deacon and appointed him to the St Paraskeva Pyatnitsa Church in Borovichi. In July 1996, during a Divine Liturgy, Valery Dyachkov was ordained as a presbyter and archpriest of the Church of the Theotokos of Tikhvin in Yogla, Borovichi District. Other appointments followed. He became the archpriest at the Tikhvin Church in Lyuboni, and at the St Nicholas Church in Voloka, all while serving in his other positions. Since November 2000, Father Valery took up the challenging task of heading the Bishop’s Metochion of the Monastery of the Holy Spirit. All these sacred Orthodox sites laid in ruins. Father Valery has been working relentlessly to restore them, while also serving as a priest and studying at the Moscow Seminary. The churches that once lay in ruin are now getting new domes topped with golden crosses, they are repaired and revived, and start to live new lives. It was Father Valery who was behind the project to create a house museum of Mother Taisia as the city’s spiritual and cultural centre. Borovichi now hosts the Taisia Readings, a national conference. Through all his endeavours, Father Valery seeks to promote a spiritual awakening of the region, since this is the only path to its revival.