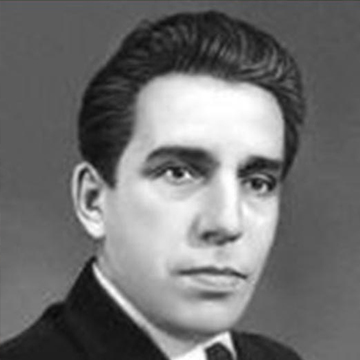 Alexei Kuznetsov was a Soviet statesman and party official, as well as Communist Party member since 1925. In 1937 and 1938, he was the Second Secretary in the Leningrad Region Party Committee, and served as the First Secretary of the All-Union Communist Party City Committee in Leningrad in 1938-1945. During the Great Patriotic War, he was among the commanders in charge of defending Leningrad, earning the rank of Lieutenant General in 1943, and was part of the Military Council of the Baltic, Northwestern and Leningrad fronts. In 1945 and 1946, Alexei Kuznetsov was the First Secretary of Leningrad Region party committee. In 1946-1949, he went on to serve as Secretary of the All-Union Communist Party’s Central Committee, and from February 1949 he was Secretary of the Central Committee’s Far Eastern bureau. Alexei Kuznetsov’s grandfather, Ivan Kuznetsov, was married to Alexandra Belozyorova, who came from a middle-class family from Opecehnsky Posad. They had four sons and a daughter. The youngest son, Alexander (1866-1930) married Maria, and the couple’s youngest son, who would go on to become a prominent statesman, was born on 7(20) February. Alexei Kuznetsov started his education at a church school on the Spasskaya side, then enrolled in the City College, where he was a top student. He started working at the age of 15 at a sawmill in Borovichi. It was there that he created a Komsomol unit. In 1925, Alexei Kuznetsov was already working at the Borovichi Komsomol Committee as secretary and head of the organisation department. This was also the year he left Borovichi. He was 20 at that time, and had 25 more years to live. One of Borovichi’s central streets is called after Alexei Kuznetsov.