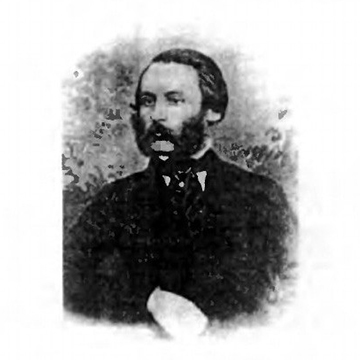 Alexander Zelenoi was born in Ivanovskoye-Matenets in Pskov’s Province’s Kholmsk District, and this is where he passed away. He belonged to the Zelenys, a noble family with a history going back to the 15th century. Alexander studied at the St Petersburg Naval Cadet Corps but left the Navy in 1847 due to poor health. He settled in Ivanovskoye-Matenets in Pskov Province’s Kholmsk District, where he worked as a conciliator. He also developed several projects to improve the standard of living in the Kholmsk District, including on improving healthcare and roads. In 1850, he founded a school for peasants and taught there. The institution worked for more than a century. Alexander Zelenoi also wrote several articles on education, and in 1850s and 1860s contributed to Zemledelcheskaya Gazeta in St Petersburg and the Sovremennik magazine. One of his articles, titled Education for Peasants Must Begin with Reading and Writing, Nothing Else, was widely discussed in the press. Apart from the articles he wrote for the Sovremennik, he also penned a feuilleton Old Maids, and a play Debt Collection.