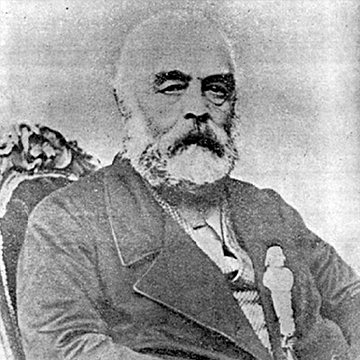 Alexander Krenitsyn grew up in Tsevlo, Kholmsk District.
In January 1850, when he was 49 years old, the local nobility elected him their marshal. He demonstrated extreme care and diligence in performing his duties, and once his term in office came to an end, returned to writing. Collecting and preserving documents on the Decembrist movement was the work of his life.
Researchers identified 30 poems by Alexander Krenitsyn, of which only 10 were published during his lifetime. He collaborated with Slavyanin, Syn Otechestva, Russky Invalid, and Nevsky Almanakh. He also wrote the play Honesty, produced in 1856 by the Alexandrinsky Theatre.