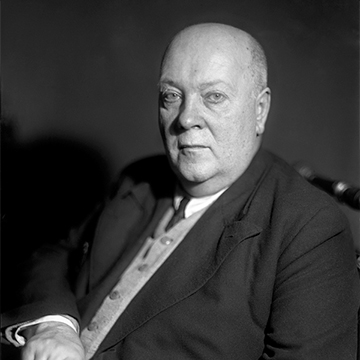 Alexander Fersman was a geochemist, mineralogist, “poet of the stone,” as Alexei Tolstoy called him, full member of the USSR Academy of Sciences (1919). He started his research in Crimea. Published in 1905, his first scientific paper described Crimean minerals. Alexander Fersman went to post-graduate school in Germany, studying natural diamond crystals. He went on to publish a book, titled A Diamond, based on his research. In 1917-1945, he headed the Mineralogy Museum of the Academy of Sciences, which now carries his name. Alexander Fersman initiated the creation of the Ilmen State Research Reserve, the first institution of this kind in the USSR. He also discovered the Monchegorsk copper and nickel deposit, the Khibiny apatite deposit, as well as sulphur deposits in Central Asia, etc. Alexander Fersman published several major works, including Geochemistry, Pegmatite, Kola Peninsula Minerals, for which he received the Stalin Award in 1942, and more than 1,500 articles and research papers. A prominent expert in gemstones and semiprecious stones, he wrote a number of outstanding popular science books: Captivating Mineralogy (1928), Recollections about a Stone (1940), Captivating Geochemistry, etc. In Borovichi, Fersman studied brown coal deposits in 1910. He stayed in Proshkovo estate, Khoromskaya area. His first wife was possibly the daughter or sister of the estate’s owner, Prince Nikolai Obolensky. According to Sergei Porshnyakov, in the 1920s Fersman stored his huge geological collection from the Borovichsky District in the attic of the estate’s main house. In 1915, he published a book titled Mineralogy of Coal Formations Near Borovichi. This launched brown coal extraction in the region. Today, the estate is part of the Proshkovo Orphanage.