The festival’s organising committee can’t stop talking about the new venues to be presented at the main station of the Tyosovo Narrow Gauge Railway. Today we present a venue which just recently became part of the museum’s tour programme. On 25 September, it will open for visitors of the TyosovoFest. 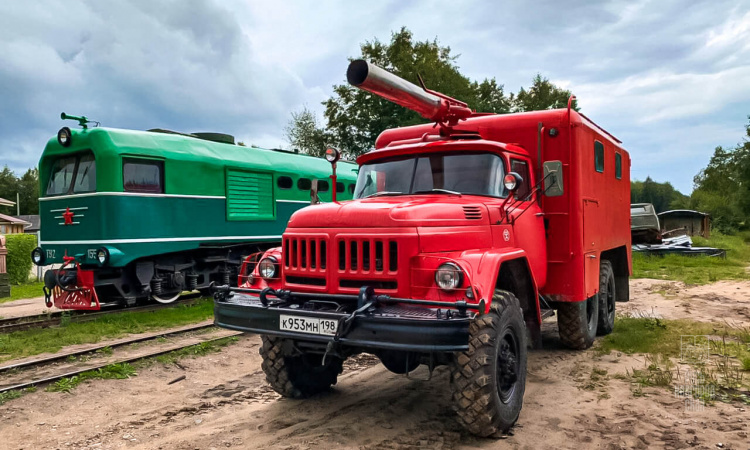 The origins of fire fighting in Russia will be explored at a thematic historical and interactive venue, which will not only tell the story but also show rare exhibits.

The venue is curated by Vadim Golubenkov, active rescue worker of the St Petersburg Search and Rescue Service. From 2007 to 2018, Vadim served in the Federal Fire Service in various positions and rose from fireman to squad leader. He has a personal collection of retro equipment for early 20th century fire fighters (hoses and connectors, helmets, pumps, and gas masks). A 1974 ZIL 131 AR-2 fire truck, which will also be on display at the festival, is a highlight of the collection.

There will be several types of entertainment at the venue: introduction to fire fighting in the early 20th century, where groups of four can try their hand at operating a manual fire engine and a fire hose. Visitors will also learn about the evolution of the 20th century fire fighting and modern types of fire fighting equipment, do a fit check and attend a class on how to use a carbon dioxide fire extinguisher.