The Solovyova House, a regional cultural heritage site in Veliky Novgorod, located on Bolshaya Moskovskaya Street, is now for sale.
The 19th century building is looking for a new owner as part of the Cultural Heritage in Good Hands regional priority project. 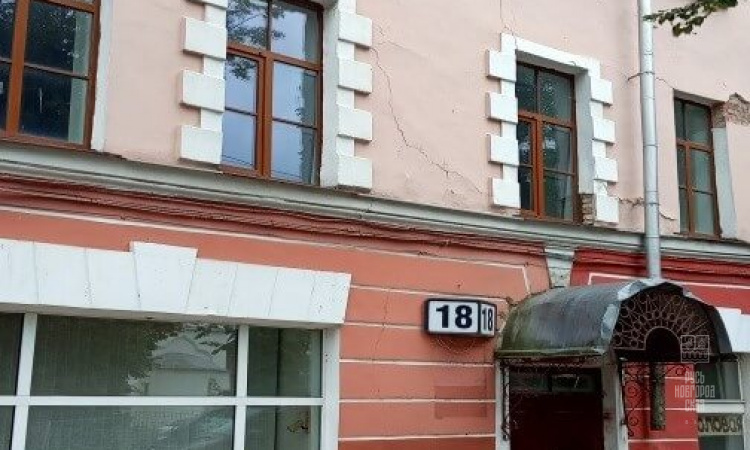 According to the Novgorod Region Ministry of Construction, Architecture and Property Relations, the three-storey building is 870 square metres in total. Originally built as a tenement with a shop and a studio on the ground floor, it has had many roles since then, including a hospital during World War I.
During the second half of the 1920s the house was often called The Commune House in archive documents. It hosted a lot of Soviet institutions over the years: a cooperative bank, the Zvezda newspaper’s editorial office, Komsomol shared households; central workers’ cooperative with its own dining hall, which also had people living in some rooms.
The building was severely damaged during the Great Patriotic War: its roof and ceilings were lost and the brickwork was partially destroyed. In 1947, it was restored and repaired to host offices.
“According to the auction terms, the buyer is obliged to develop, agree on technical and design documentation for repairs and restoration work of the premises and carry out production-related activities until 10 September 2028,” the ministry announced.
Bids on the house will be accepted at the RTS-Tender website until 3 September. Read more at the ministry’s website, in the section Information on the Sale of State Property https://minstroy.novreg.ru/informatciya-o-prodazhe-gosudarstvennogo-imushcestva.html) Call to find out more +7 8162 676 652 ext. 1845, 1816.
Photo: Novgorod Region Ministry of Construction, Architecture and Property Relations
#культурноенаследиевхорошиеруки (#CulturalHeritageinGoodHands)