The Sambatovo Central Military Cemetery is located 9 km from Poddorye. It is a historical landmark and the final resting place of over 10,000 Soviet servicemen who died during the Great Patriotic War in 1941-1944.

The village of Sambatovo was destroyed and abandoned during the war.

In 1942-1944, Sambatovo was located in direct proximity of the deployment site of the 1st Shock Army and several kilometres from the frontline. For about 20 months, the 1st Shock Army of the North-Western Front was waging defensive and offensive operations on the approaches to Kholm Motorway, barely 6 km from the cemetery.

The first servicemen to be buried there in 1942 died in a nearby military hospital.

The area of the cemetery has increased twofold over the past years.

It is divided into three sections. The central section includes an arcade and the Eternal Flame, steles, memorial plaques and a sculpture of a kneeling soldier and a mourning woman with a child. 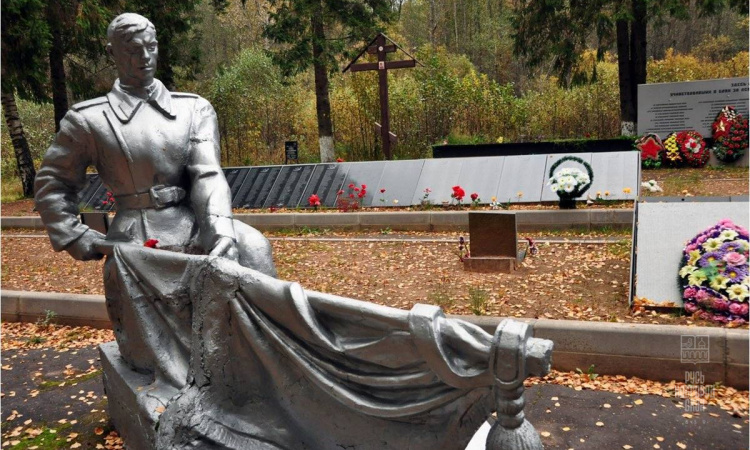 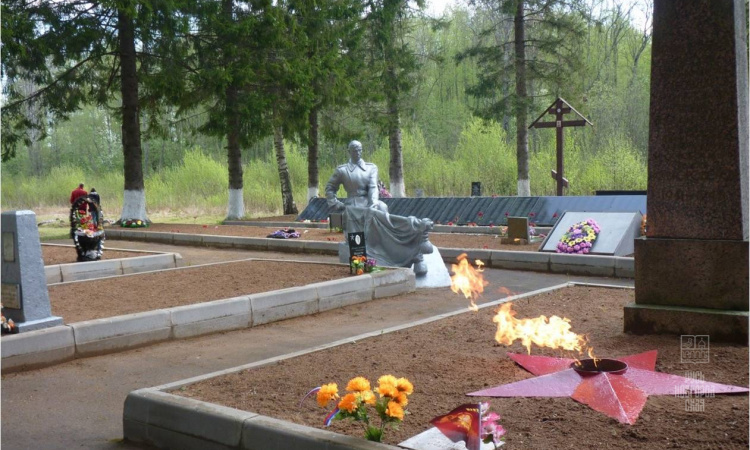