The Rossiya cinema centre is a popular cinema that opened in Novgorod in 1963. Kalimantan Shot (Czechoslovakia, Indonesia) was the first film screened there.

Today Rossiya is a large multimedia centre with two halls: the larger one with 467 seats and the smaller one with 49 seats. It has up-to-date digital film projection and sound equipment that can show 3D films, as well as exhibition areas and multimedia installations.

The updated Rossiya cinema, renamed Rossiya multimedia centre, opened after a large renovation in September 2020 and has already become a universal venue. The exhibition stands on the ground floor show archival documents and photographs telling about the life of civilians in the occupied territories, mass executions, including in Zhestyanaya Gorka, as well as about other tragic pages in Novgorod’s history. Visitors can use multimedia installations to explore four eras at once, from Old Rus to contemporary history. Artefacts found during memory watch searches are also on display.

In the future, gradual work on the centre will continue. There plans to create an immersive cinema experience in the centre’s smaller hall, as well as a Headquarters interactive room. The cinema will display a diorama depicting the liberation of Novgorod, install a multimedia screen on its facade, and decorate its street windows with thematic 3D models.

How to take a tour of the Rossiya Multimedia Centre

There are two options:

1. If you bought a ticket to the cinema, then you have an opportunity to see the Without Expiration exhibition and the items in the multimedia showcases in the ground-floor lobby before the film.
2. You can book a separate tour by calling +7 8162 777 336. You must have at least five people in your group 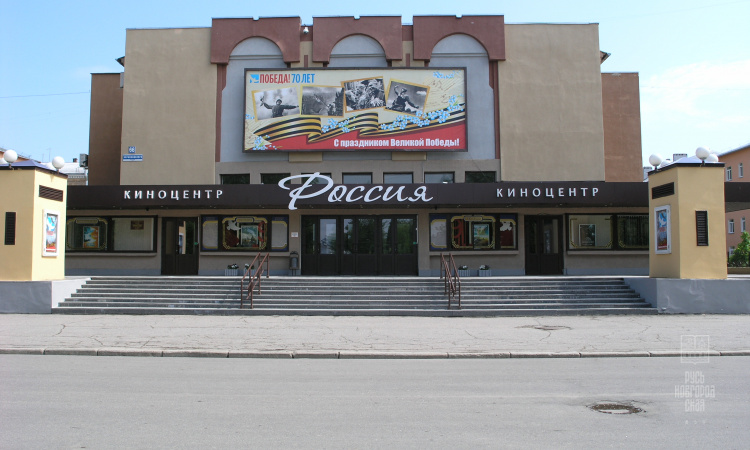