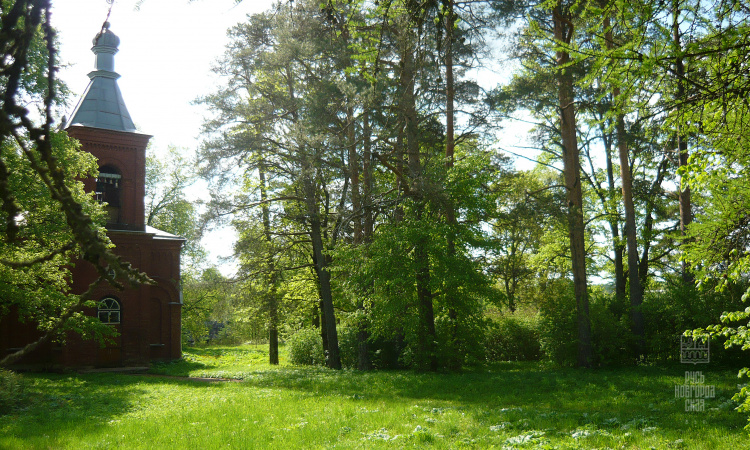 Located near Tereboni, the Muravyovy Estate with its 5.1 ha park on the Luga River, together with the 1904 Kazan Mother of God Icon Church, used to belong to the Muravyovs, an ancient Russian noble family. Mentions of Tereboni in the chronicles date as far back as 1240 under its old name, Sablya. It is said that having taken Tesov on Oredzha, German knights chased the Novgorodians all the way “to Sablya.” It was then that Alexander Nevsky gathered his warriors and defeated the knights in the battle on Lake Chudskoye. The current name, Tereboni, probably derives from the ancient Russian verb “terebiti” – to pluck, which can be attributed to the fact that growing linen was one of the key occupations here.

The Myravyov brothers, as well as their cousins, the Muravyov-Apostols, stood at the roots of the Decembrist movement. Alexander and Nikita Muravyov, together with Matvei and Sergei Muravyov-Apostol, formed the Union of Salvation secret society in 1816, to be joined later by more than 20 officers. The One Hundred Novgorodian Villages guide, compiled by a local historian, traces the history of the Muravyov family all the way back to the 15th century when Ivan III annexed Veliky Novgorod to Moscow and sent there the two sons of a nobleman from Ryazan, Vasily Alapovsky. The two were Ivan Muravei and Yesip Pushcha, who started two family lines: the Muravyov and Pushchin families. Ivan received Tereboni as his estate.

It was into this noble family that Ivan Muravyov was born, to become a prominent patriot burned alive in Veliky Novgorod by Swedish invaders in 1611. The family had four main lineages, including the one of Matvei Artamonovich, who married the granddaughter of Danila Apostol, the Hetman of Left-Bank Ukraine. The Major-General built a vast mansion in Tereboni in 1749. When the Apostol family’s male line ended, Emperor Alexander I gave the general’s son, Ivan, permission to use the Muravyov-Apostol name. On the maternal side, this line owned major holdings in Poltava, while Zakhar Matveyevich received the Tereboni Estate. In the late 18th century, Semyon Muravyov decided to move to his Tambov estate, and sold Tereboni to his relative Zakhariy Muravyov, the father of Artamon, a member of the Decembrist movement.

Built in the 18th century, the estate’s main building was made from wood, had a single floor and 13 rooms. It took several generations to compile the famous library and a collection of Russian cityscapes, as well as Muravyov family members’ portraits and busts. In 1904, his widow replaced one of the wings with a stone church. Currently operated by the Novgorod metropolitan, it hosts religious services. A big man-made hill has been preserved in the estate’s park, encircled by ancient burial sites.

Since the late 19th century, the estate has changed hands many times, with one or another descendant from this august family getting to run it. In 1894, State Councillor Mikhail Muravyov became its owner. In 1908, he went on to chair the Novgorod Ancient History Society. After the 1917 revolution, he headed the regional archival commission and helped preserve historical sites and cultural heritage.

It is at the estate where Nikolai Muravyov (1809–1881) spent his childhood, before becoming the Novgorod governor, a writer, archaeologist and Honorary Member of the St Petersburg Academy of Sciences. His son, Count Amursky, a prominent geographer, also lived here. During the Great Patriotic War, the estate suffered extensive damage.