Designed by sculptor Mikhail Mikeshin, this majestic monument presents a condensed version of Russia’s entire history. With an overall weight of about 100 tonnes, the monument depicts 129 figures symbolising the key events in Russia’s history from the summoning of the Varangians to rule the slaves, to the reign of Nicholas I. This bronze monument depicts Enlightenment age thinkers and scientists, military commanders and painters. The only notable omission is Ivan the Terrible, who caused Veliky Novgorod so much suffering. An angel holding a cross tops the monument to symbolise Christianity, with a woman representing Russia kneeling for his blessing. Emperor Alexander II and members of the Imperial family attended the unveiling ceremony, held in 1862.

Such was the perceived value of this monument, that during the Great Patriotic War the Nazis cut it into pieces and were ready to take it to Germany, but failed to organise the operation in time. The monument was restored to its original state by 1944. 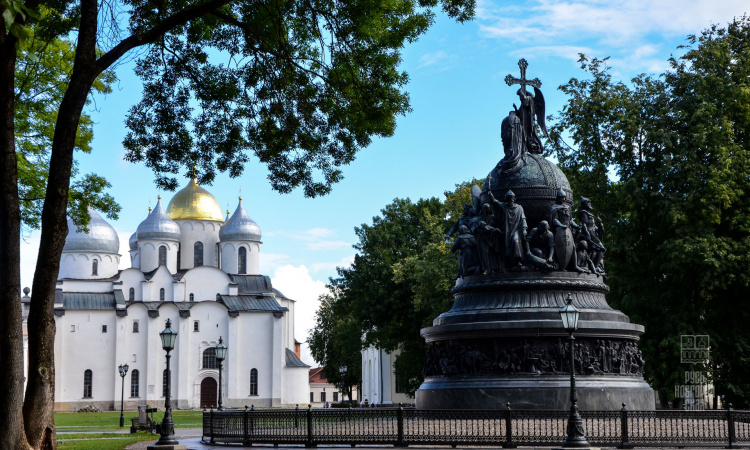 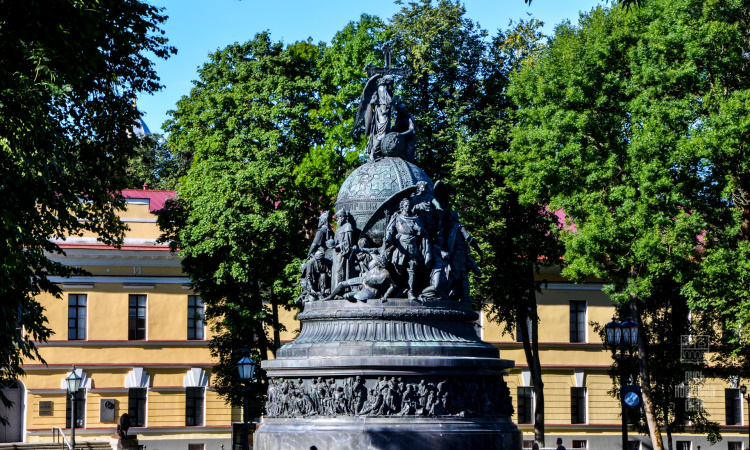 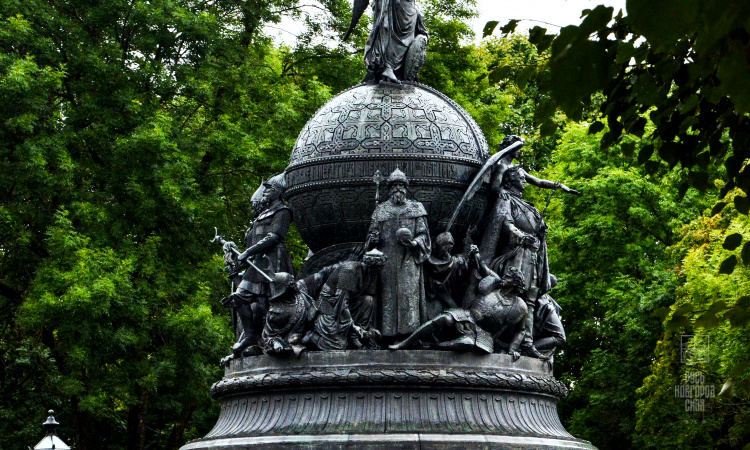