The fountain became a symbol of the 29th international cultural and economic forum New Hanseatic League Days, which was held in the city in June 2009. The fountain is a granite circle symbolising a negotiating table. The perimeter of the circle is encrusted with a colourful mosaic depicting the coats of arms of the 16 countries that were members of the New Hanseatic League. The fountain is the work of the Vozrozhdeniye company and the TRI architectural bureau. Legend has it that if you throw a coin into the fountain, “the Volhov water will multiply it a thousand times.” In the summertime, coins are retrieved from the fountain twice a month and go to the city’s treasury. The show is based on Novgorod legends and tales. 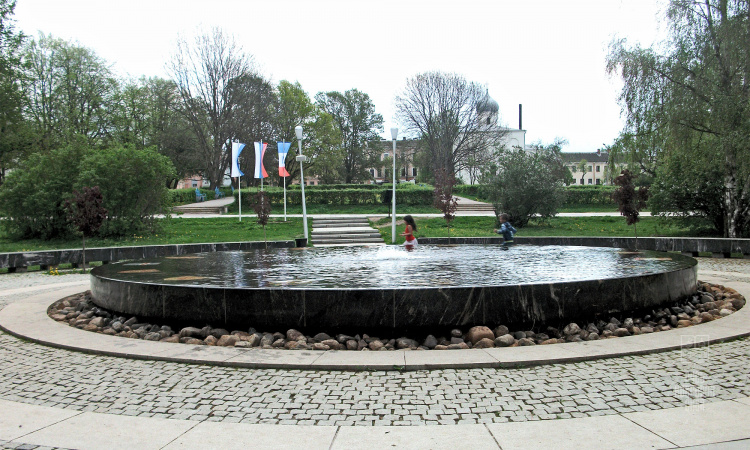