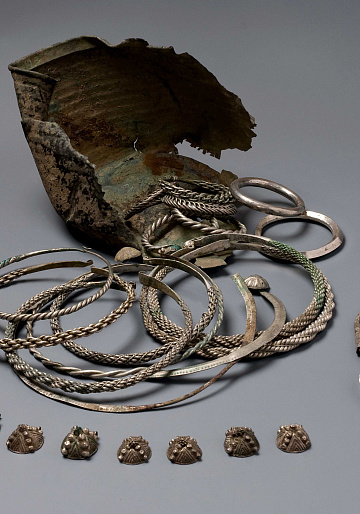 The exhibition is based on archaeological materials from the collections of the State Historical Museum and the Novgorod State Museum Reserve. It is devoted to the everyday life and culture of the Vikings. The Viking Age lasted from the late eighth to the mid-11th century. At that time, “people from the North,” called Normans, terrified Western Europeans with their unexpected and cruel raids. However, in Eastern Europe, the Vikings played a completely different role. By developing river routes to the riches of the Arabic Caliphate and the Byzantine Empire, they acted as a catalyst for socioeconomic processes that eventually led to the formation of the ancient Russian state.
Back to list
Share: