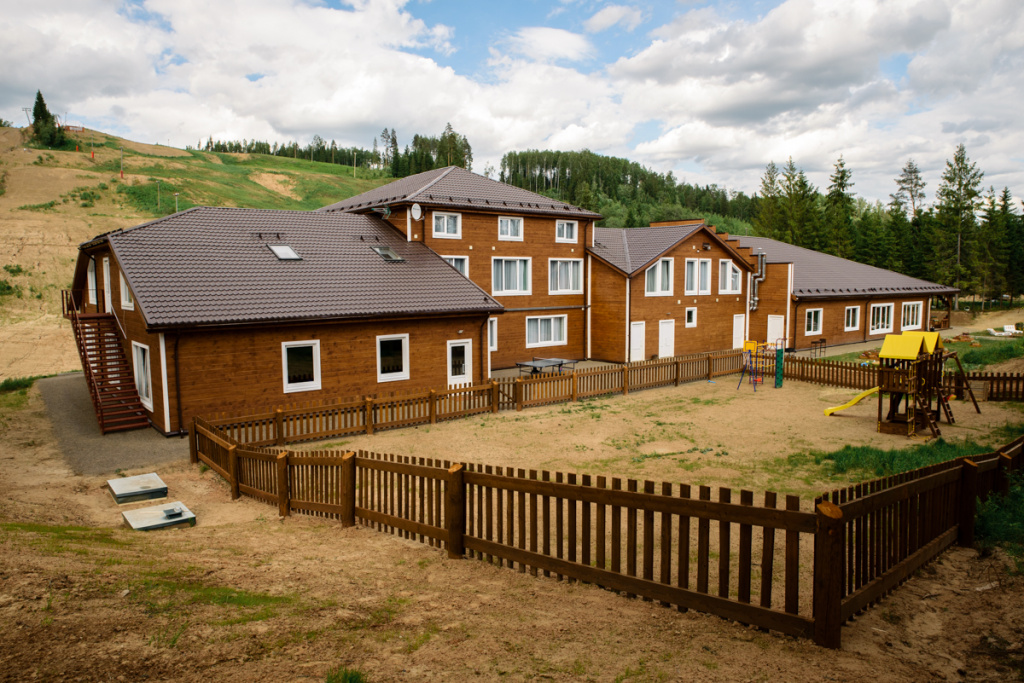 Lyubytino is listed among the historical cities of Russia. It was formerly known as the village of Beloye. The town is located on the right bank of the Msta River at the centre of an area called Pomostye in historical records. In 947, Olga of Kiev established administrative outposts there on the Msta River to collect taxes. 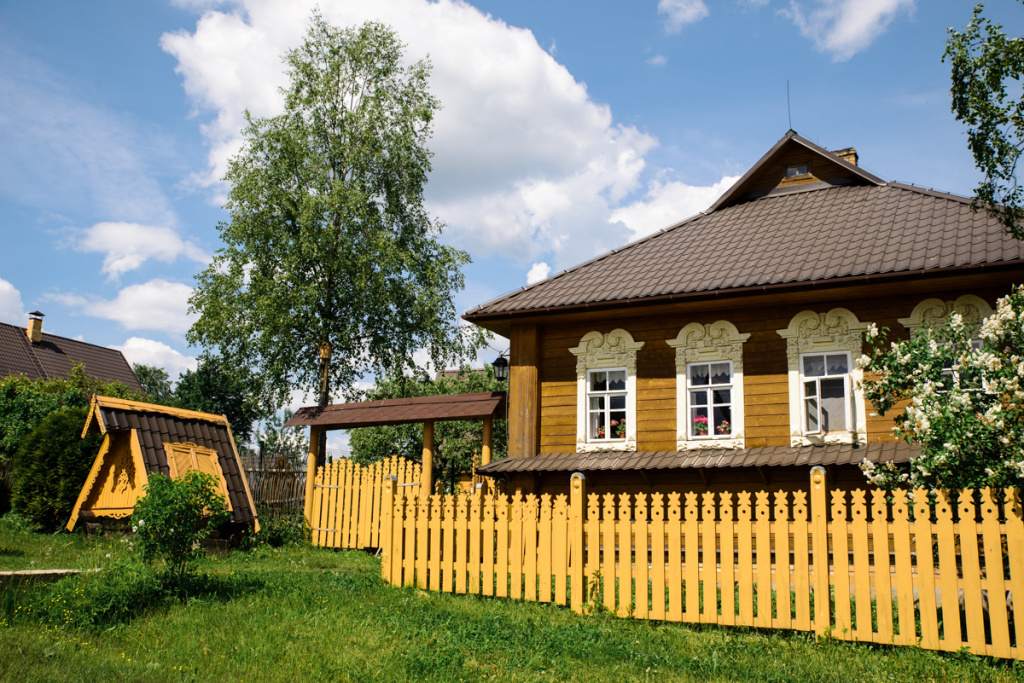 The Belaya and Zabititsa rivers, and the right tributaries of the Msta River, flow through the town. The town is first mentioned as Prokopyevsky on the Belaya River in the records of Bezhetskaya Pyatina in 1581-1583, and the village of Bor on the left bank of Msta, is mentioned in 1495 as Belsky Pogost. 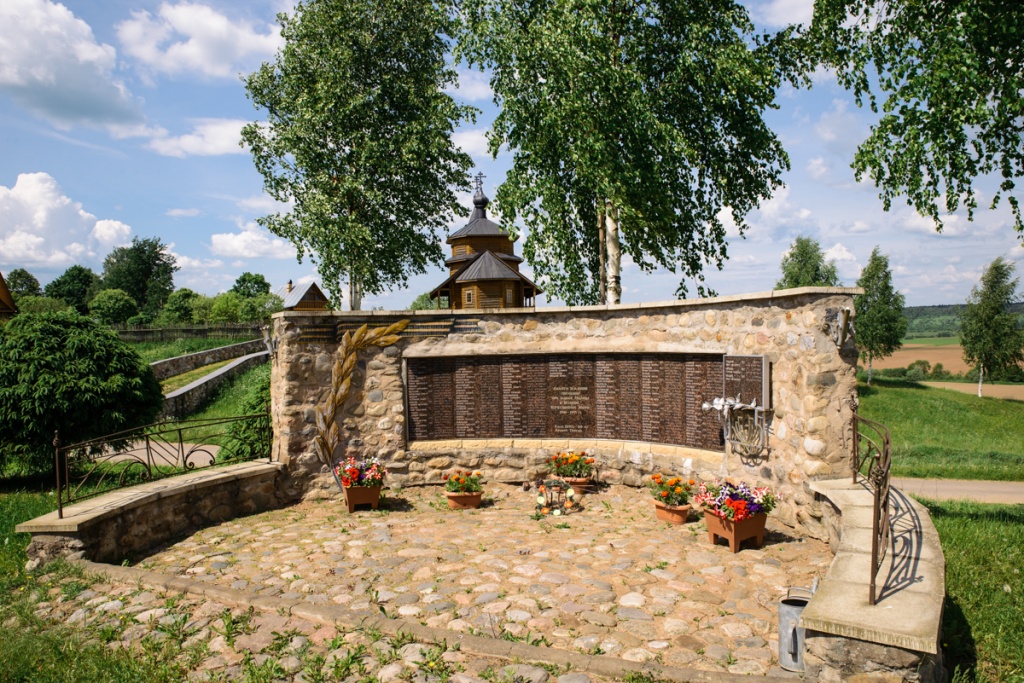 In the late 19th-early 20th century the village was named Beloye and had one street with 30 households and a population of 150. The trade route along Msta was used to transport timber, flour, cattle and ceramics. In 1911, a monument to Alexander II who abolished serfdom was unveiled in Lyubytino. After the 1917 revolution the monument was lost, and in 2014 was recreated at the initiative of local residents. 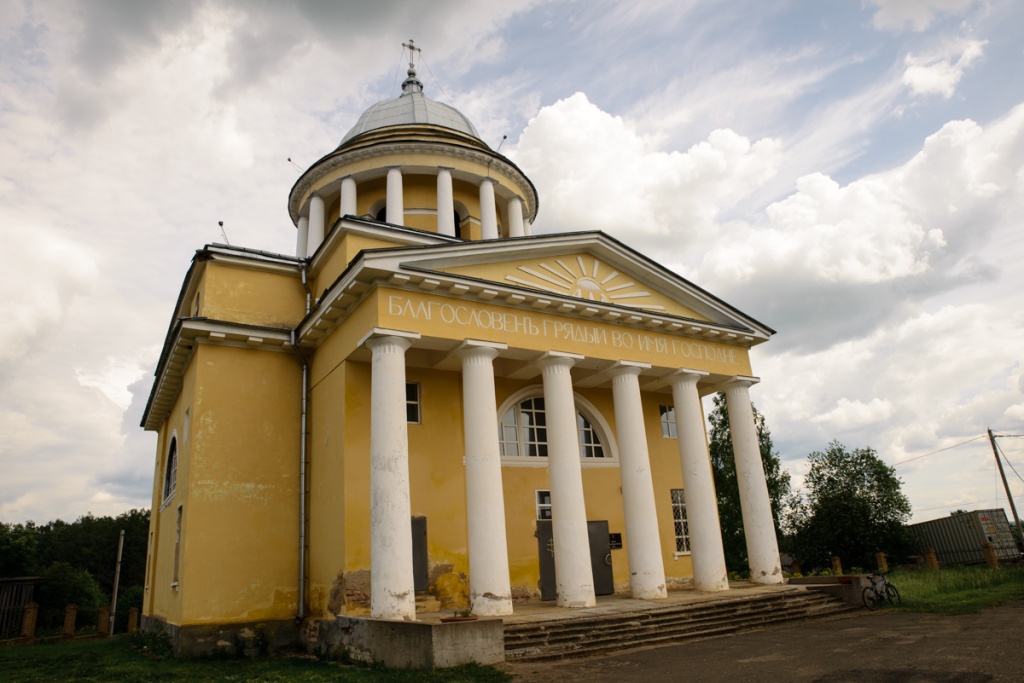 In the centre of the town, near the bridge across the Msta River, there are large 8-10 metre burial mounds built by the Slavic people. There are over 200 such mounds near the town. In 2009, the town of Lyubytino became the latest tourist draw in the Novgorod Region with the opening of the 10th Century Slavic Village open-air museum.

Lyubytino is a small town in the Novgorod Region that tourists call “Novgorodian Switzerland” due to its terrain with elevation reaching 100-150 metres in places. It is a unique place with rare landscapes, karst lakes, rapids and waterfalls on the rivers Belaya and Priksha. Lyubytino is also home to numerous archaeological landmarks.

The open-air museum features residential and auxiliary buildings (barns, cellars, bread stove, smith shop). It is not an ordinary museum that prohibits touching the exhibits. On the contrary, you can try to grind grain using a mortar or a grindstone, start a fire, and light a stove and a rushlight.

Visitors can try on beautiful Slavic attire or a knight’s chain armour and helmet, wield a sword and throw a spear. The hospitable owners of the village will tell guests about the culture, traditions and beliefs of our ancestors.

The estate of the prominent Russian commander Alexander Suvorov is located on the shore of Lake Kamenskoye, 18 km from Lyubytino. The 18th-century wooden house and the 19th-century Alexander Nevsky Church have been preserved well and are open to the public. According to some bibliographers and historians, the memoirs by Suvorov’s grandson, Alexander, indicate that the renowned commander was born on the estate.

Ivan Goremykin was a Russian politician, the last prime minister under the rule of Nicholas II.

The estate is located in the centre of Lyubytino on the right bank of the Msta River near its confluence with the Belaya River. There are six buildings that date back to the late 19th century, including a park and a family crypt. One of the buildings represents the Gothic style and currently hosts the Lyubytino children’s art school.

CATHEDRAL OF THE NATIVITY OF THE MOST HOLY MOTHER OF GOD

The Cathedral of the Nativity of the Most Holy Mother of God is located near the Goremykin estate. The cathedral was built at the site of the Church of Saint Michael the Archangel that burnt down in 1884. The cathedral now hosts the Lyubytino house of culture.

CHURCH OF THE ASSUMPTION OF THE BLESSED VIRGIN MARY, 1832

The Church of the Assumption of the Blessed Virgin Mary was built on the left bank of the Msta River across from the Goremykin estate. It is a rare type of church with the bells located in the main part of the building under the dome. The construction was funded by Colonel Alexander Khanykov and devoted to the 20th anniversary of victory over Napoleon. The church currently belongs to the Novgorod diocese and is under renovation.

TRACTOR MADE BY KHARKOV TRACTOR PLANT

A monument to the first farm machinery operators: a full metal tractor manufactured at the Kharkov Tractor Plant in the 1930s. Installed in Lyubytino in 1967.

This is the Novgorod Region’s only archaeological reserve. It features 250 burial mounds, some of them reaching 6-9 metres in height, and settlements of the 6th-16th centuries. The reserve is located in the valley of the Belay River, the right tributary of the Msta River, and covers an area of 3.5 km x 10 km. The territory played an important role in forming the Novgorodian land. Especially important are the artefacts from the period of Slavic migration and the creation of the Old Russian state.

Given the value of these territories, the Novgorod District Executive Committee established the region’s only archaeological reserve on 21 April 1986.

In 1988, the valley of the Belaya River was assigned the status of a natural landmark of regional importance. The valley has many archaeological and historical landmarks, as well as various geological formations, waterfalls and karst systems.

The waterfall is relatively large for a small river: it is almost 7 metres long and 1.5 metres high. The water drops from a lime cliff and produces a large amount of foam. The sound of the waterfall can be heard from dozens of metres away.

Learn more about the itinerary at lubytino-museum@yandex.ru

An annual interactive event offering a unique immersive experience of life in the Old Russia of the 9th-12th centuries. People from all over the country come to the small town of Lyubytino on the picturesque banks of the Msta River for the 10th Century Slavic Village open-air museum. The festival features historical re-enactments, musical performances, traditional Slavic games, workshops in ancient Slavic handicrafts and delicious natural foods.

An open-air event for the entire family. Visitors will be able to join a bike ride and play sports, watch concerts and take part in interactive activities.

Located in a picturesque setting, with dense forests, clean air, wide meadows and the serene and sinuous Msta River. The hotel is located 180 km from Veliky Novgorod, 280 km from St Petersburg and 550 km from Moscow. It can be reached by car or even plane: there is a small airstrip nearby. The hotel offers a Russian sauna, petting zoo, fishing, hunting, bike rides, canoeing, camping sites, horse riding, photo sessions and a playground.

A unique year-round eco resort in the Novgorod Region. In the winter, it offers seven slopes of various difficulty levels both for skiing and snowboarding with a peak elevation of 120 metres. There is also a training slope for beginners and a slope for tubing, as well as 3-km trail for cross-country skiing and a skating rink surrounded by forest. In the summer, visitors can enjoy bike riding, hiking, terrenkur treatment, hunting and fishing, lake recreation and a barbeque area with gazeebos. There is white water rafting, as well as the 10th Century Slavic Village open-air museum. The Russian sauna is open all year.

The restaurant offers delicious homestyle Russian dishes made with farm-to-table products. The menu includes solyanka, a thick soup with vegetables and meat, shchi, a traditional cabbage soup, a large variety of grilled meats, as well as pelmeni and vareniki.

Lyubytino is a land with a rich history and archaeological record. Traditional Novgorodian souvenirs made from birch bark, wood or iron will help preserve good memories from your trip to Lyubytino. If you want something more unusual, look for the wax tablet and stylus used as a portable writing surface in ancient Novgorod.