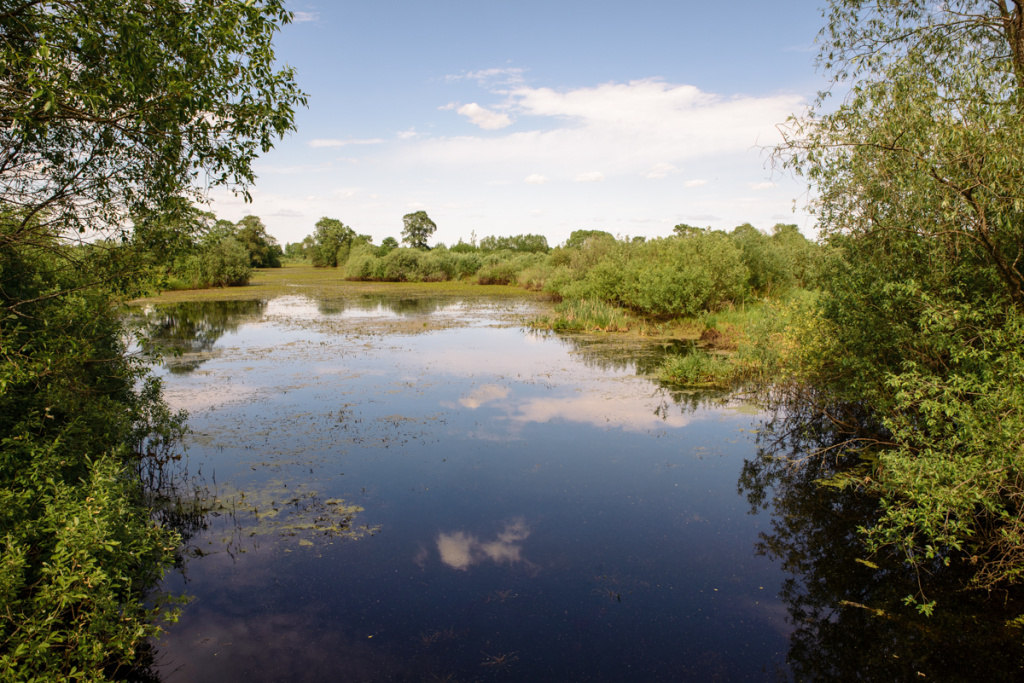 Chudovo, a district town of the Novgorod Region, stands on the Keresta River, a tributary of the Volkhov, on the territory of the swampy Ilmen Lowland. The city is equidistant from St Petersburg and Veliky Novgorod. A major railway runs through the town, connecting the northern capital with Moscow. Chudovo is believed to have been founded in 1539, when the villages of Chudovo on the Keresta and Chudovskaya Luka were recorded in the land register of the Vodskaya Pyatina. 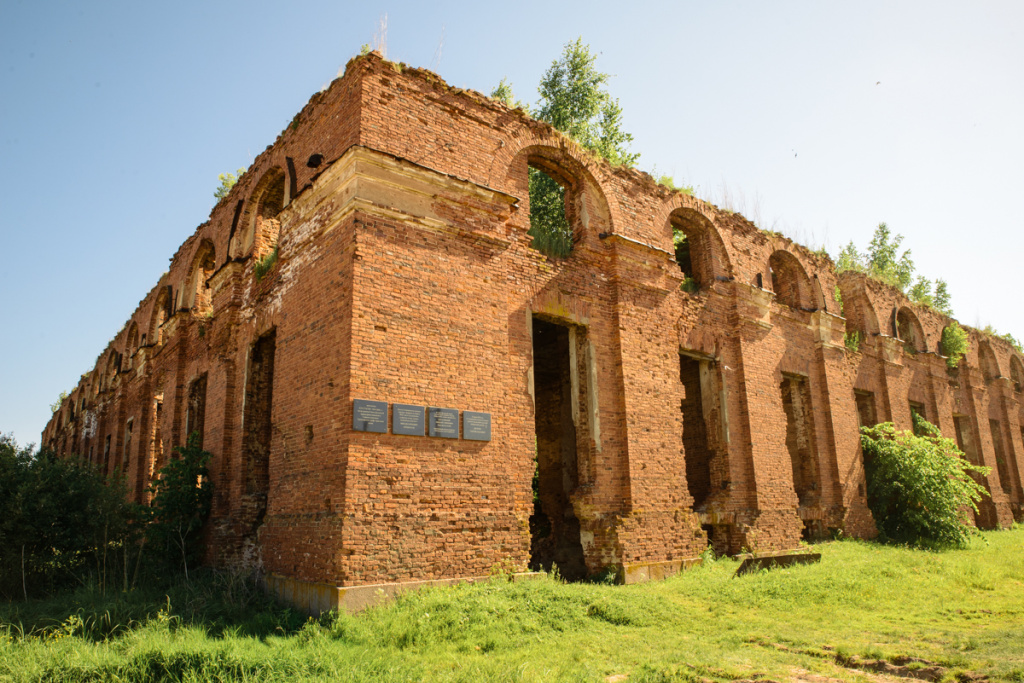 The village, which was considered relatively big for that time, apparently, emerged before that period. Historians link the name of the village to the chud tribe that lived in the area before the Mongol invasion. The structure of the name, however, suggests that it may be related to the word chudo (“miracle”). There are records of the name dating to the 16th century. When a post road was built between Moscow and the Neva, coach driver became a common occupation there. The village of Chudovo became Chudovsky Yam (“post coach station”). 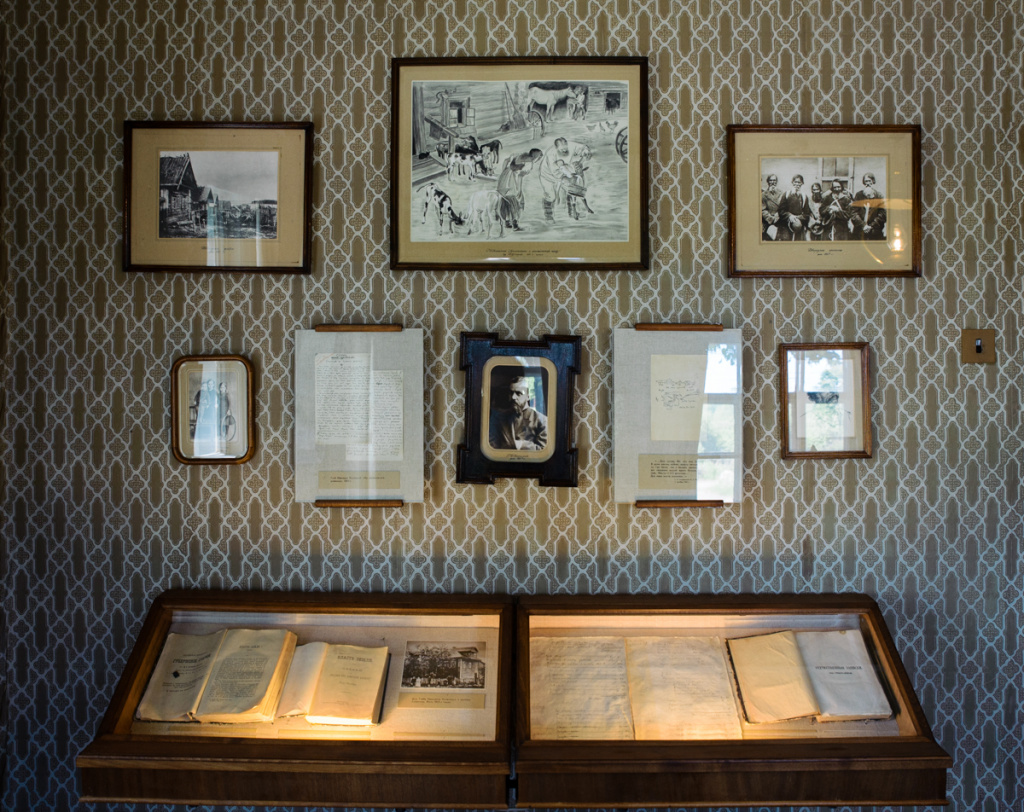 In the early 19th century, residents of the Yam-Chudovo village were engaged in fishing, haymaking and wood cutting, with products supplied to St Petersburg. The name Yam-Chudovo was used until 1851. Quite a few prominent Russians stopped in Chudovo to change horses before a long journey. There is a chapter in the famous book A Journey from St Petersburg to Moscow by Alexander Radishchev titled Chudovo. 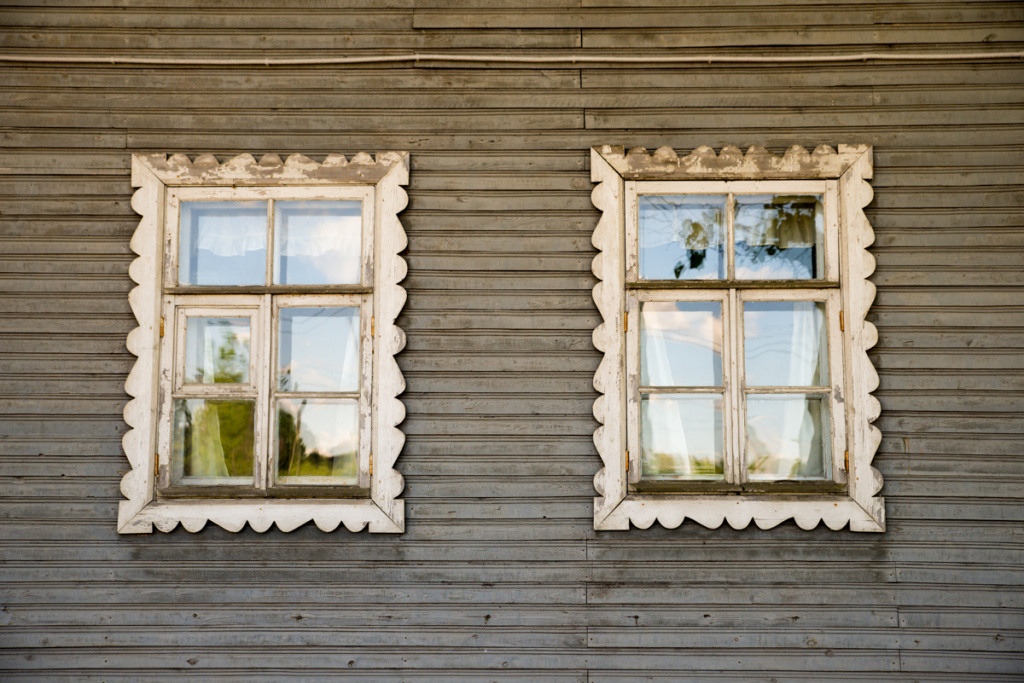 In 1849, the first leg of the Nikolayevskaya Railway between St Petersburg and Moscow was laid near Chudovo. A royal train with Emperor Nicholas I on board made a journey to Chudovo to mark the opening of the first leg. The Novgorod—Chudovo narrow-gauge railway was finished in 1871. Chudovo became a junction depot, with a major small town growing around it. Ivan Kuznetsov’s porcelain factory, a glassware factory and other facilities sprung up along the banks of the Volkhov River. 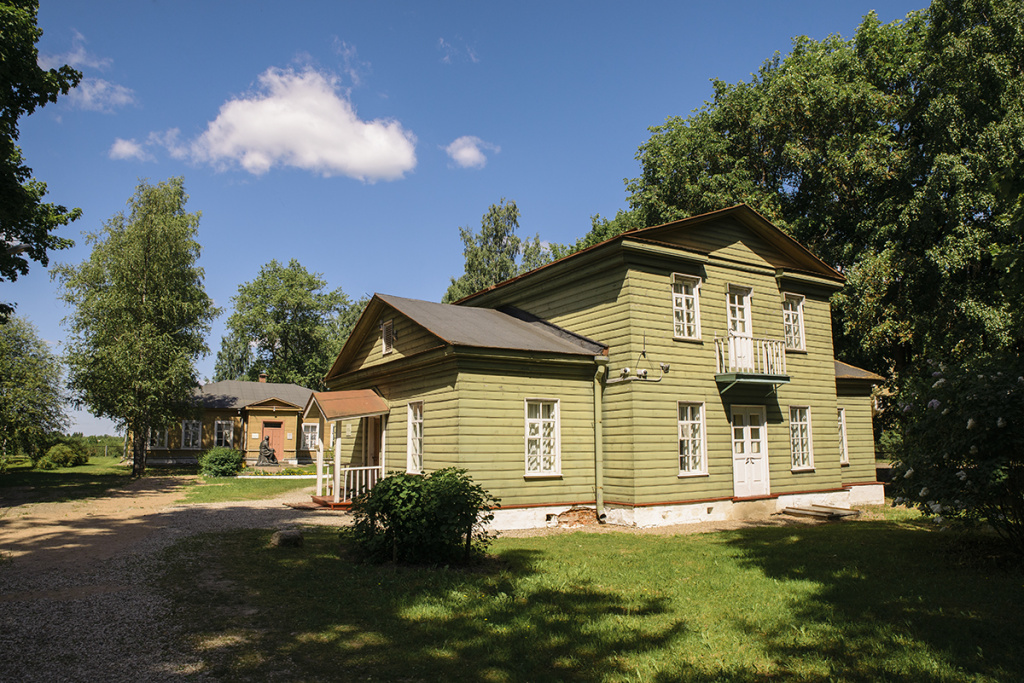 By 1874, 12 out of 14 match factories in the province were located in Gruzino and around it. A joint-stock company owned by Vasily Lapshin and the largest match producer in Russia soon monopolised the industry. In 1877, two wooden railway stations on either side of the track were replaced with a stone station building designed by Boris Lorberg. It is one of few 19th century buildings in the city that still stands today. In 1924–1937, Chudovo was a workers’ village, and was later designated a town. 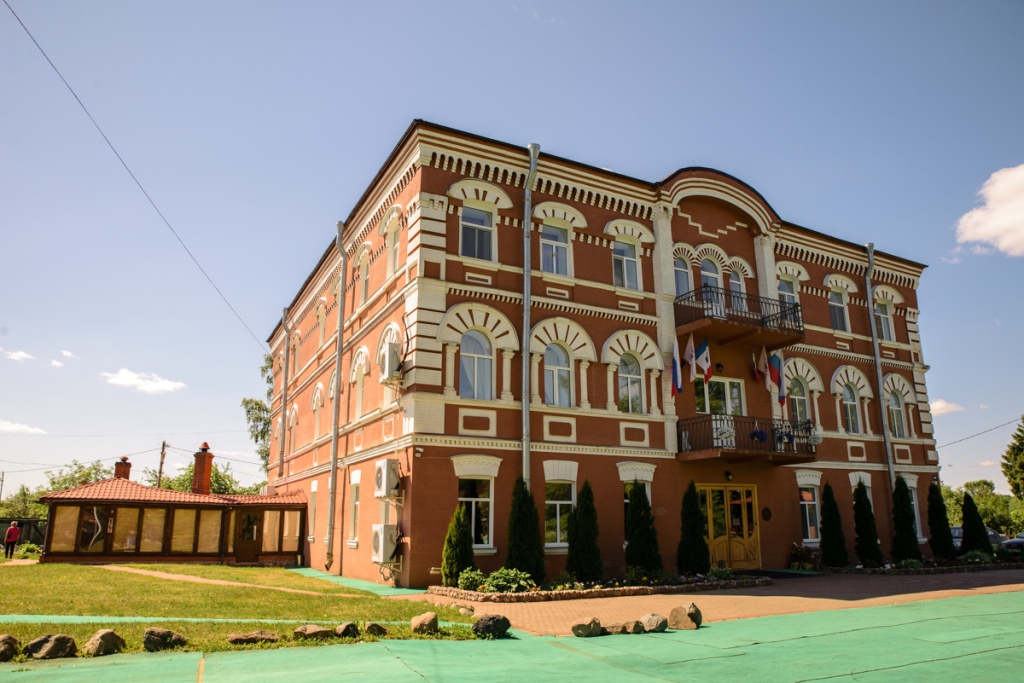 Between August 1941 and January 1944, Chudovo was occupied by the Nazis. A pyramid-shaped granite obelisk in the park near the railway station honours the memory of Chudovo railway workers killed during the occupation. The Tale of Andrew the Apostle's Russian Pilgrimage mentions Chudov: in the 1st century AD, Andrew decided to take a northern route, called the Route from the Varangians to the Greeks, to travel from Crimea to Rome. 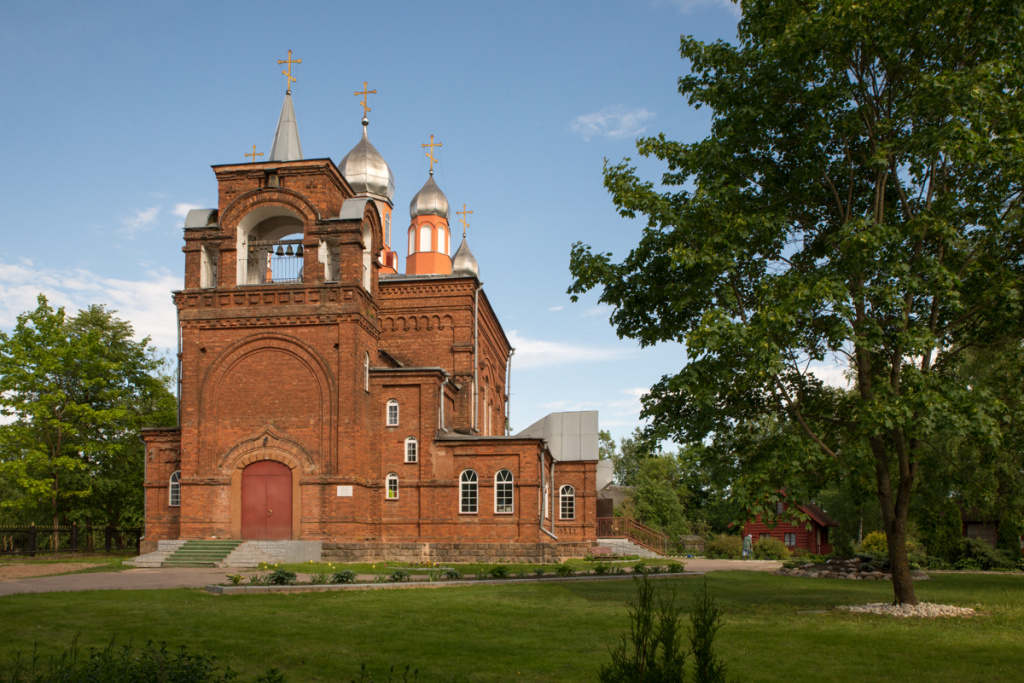 According to an extension of Andrew’s pilgrimage story written in the 16th century, the apostle reached the middle of the Volkhov and mounted or thrust his pole into the ground, blessing the Novgorodian Land. The event is commemorated in the name of a village 12 km from Chudovo, Gruzino, where a St Andrew the Apostle’s Church was built of stone in the 16th century. 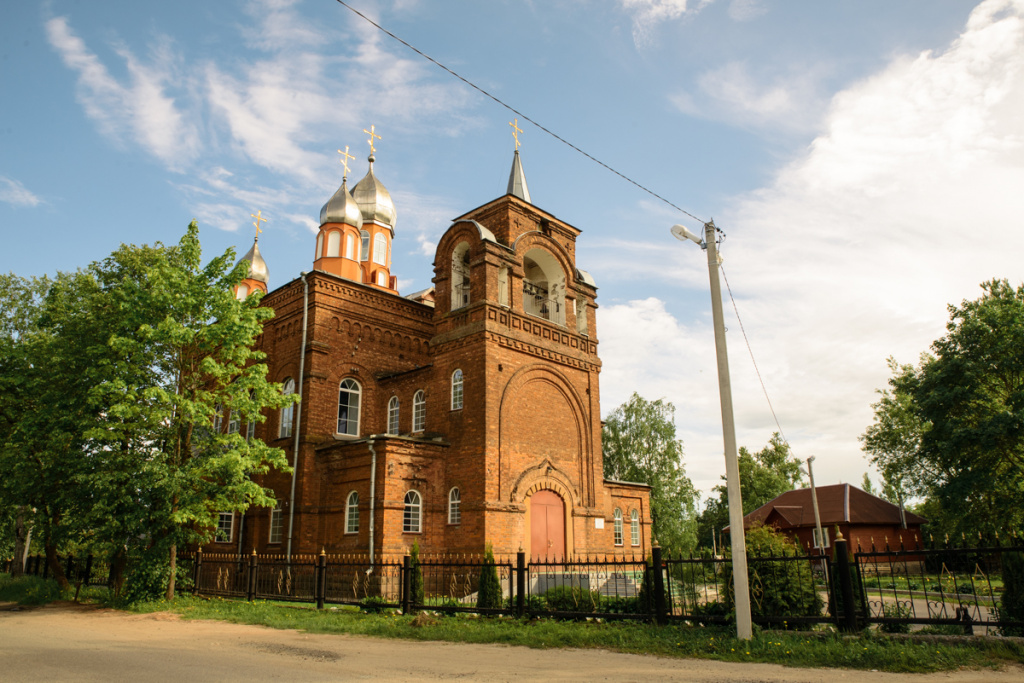 Andrew’s pilgrimage to Rus inspired Peter the Great to design a Russian Navy flag with a cross referring to the apostle’s crucifixion. The current population of Chudovo is 16,000. The main attractions of the city and the district are the Nikolai Nekrasov House and Museum, the Gleb Uspensky House and Museum and the Ivan Kuznetsov Factory Museum.

Although Chudovo is not a big dot on the map of Russia’s main artery between Moscow and St Petersburg, many prominent writers and public figures have stayed and lived in the town, to draw inspiration and create. The famous Imperial Road ran through Chudovo.

The exhibition is displayed in Nikolai Nekrasov’s former hunting cabin on the grounds of the Chudovskaya Luka Estate that the writer bought in 1871. Nikolai Nekrasov stayed on the estate to escape the hassles of city life. He wrote 11 poems of his Chudovo Series on the estate, started Contemporaries and the fourth chapter of Who Can Be Happy and Free in Russia? The museum’s interiors are decorated in the style of Nekrasov’s era. The main room is the poet’s study with his authentic belongings on display.

The Gleb Uspensky House and Museum in Syabrenitsy was opened in 1935 in the house where the writer and his family lived between 1881 and 1882. The museum is located by the St Petersburg — Moscow motorway. The house was the departure point for Uspensky’s numerous trips around Russia. It is the only Gleb Uspensky memorial museum in the country.

The Arakcheyev Barracks, or their ruins to be exact, stand in the small village of Selishchi. The site is located on the right bank of the Volkhov River, 48 km to the north of Veliky Novgorod down the R-53 motorway running through Spasskaya Polist, Malaya Vishera, Lyubytino and Borovichi. Selishchi marks the start of the entire history of military settlements in the first half of the 19th century in the Novgorod Province. The second battalion of the Count Arakcheyev’s Grenadier Regiment was stationed there in August 1816.

Construction of the military complex, designed by engineer Karl Detlov, began in 1818. It included a training range, church, guard house and four two-storey buildings with amenities.

The barracks were destroyed during World War II, but the ruins still attest to the scale of construction and the military’s capacity in that period.